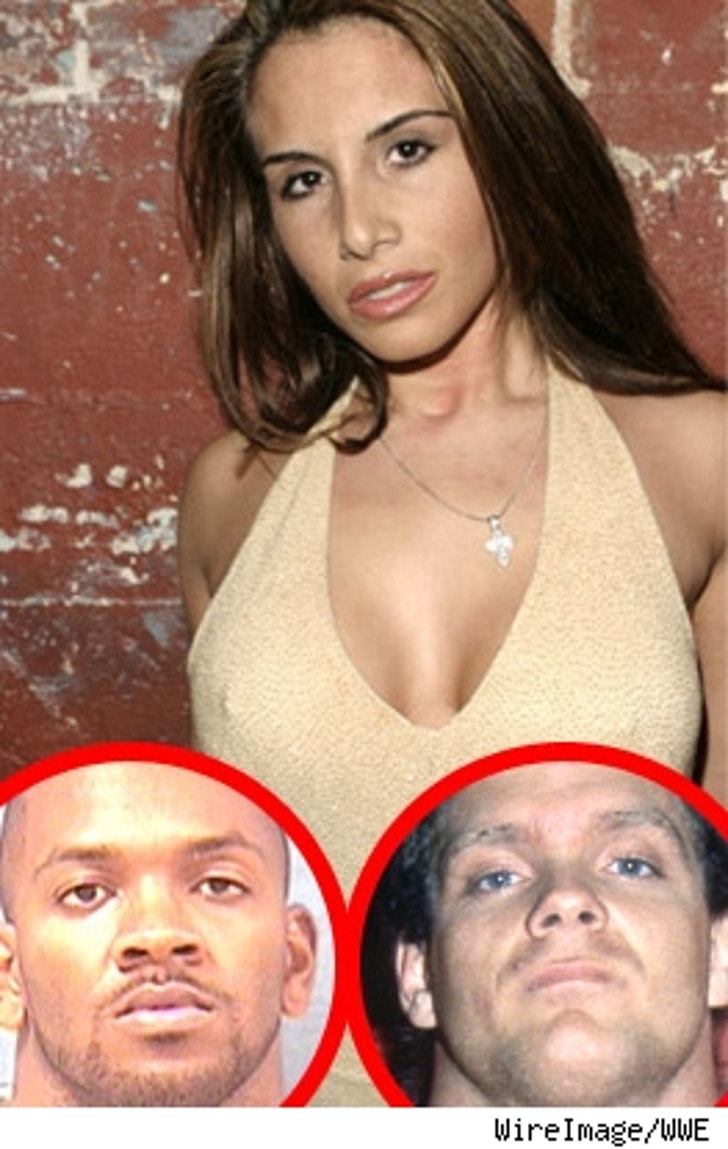 Bobby Cutts, Jr. and Chris Benoit, the alleged child murderers whose cases are all over the news, have an unlikely lady link -- former NFL cheerleader/model Nikki Giavasis.

Giavasis has been everywhere -- "Today," "Good Morning America," CNN, MSNBC -- portraying Cutts, her former boyfriend and baby daddy, as "aggressive" and "threatening" -- and testifying to his potential to be a murderer. Cutts is the father of Nikki's nine-year-old daughter, and he has two other kids. In 1998, Giavasis was at home with former NBA star Shawn Kemp, when Cutts allegedly tried to break in.

Here's the crazy link: Giavasis was also featured in Wrestlemania XX, the WWE showcase that was won by none other than Benoit. Nikki was part of the WWE "Hot Team."

Giavasis' other credits include a starring role in the instructional video, "Becoming a Pro Cheer Leader" [sic] and appearances on reality series "The Casino" and ProActiv spots. She also claims in her bio that she has a genius-level IQ.