Jay-Z likes to go in through the back! 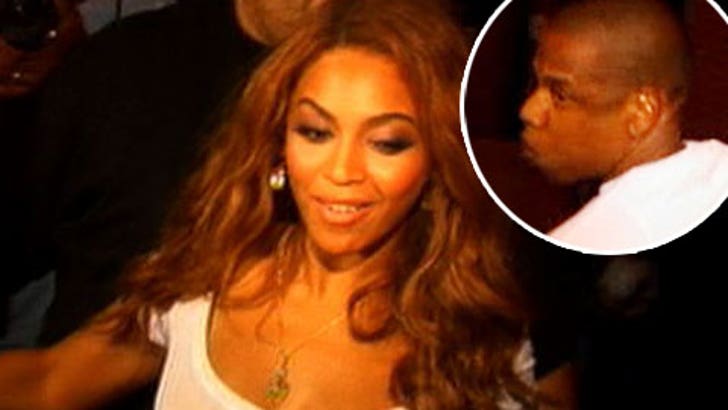 The camera-shy rap mogul deflected photographers
by using girlfriend Beyonce as a decoy outside Manhattan nightspot Home on Tuesday. Jigga what?!

When a paparazzi crush descended on his Maybach outside Kelly Rowland's LIFEbeat/record release party, Jay had B exit the car causing the typical flashbulb frenzy. While paps were hypnotized by the gorge that is Beyonce, Z was able to slip in through a back door. Easy does it.