TMZ cameras spotted hunky Jeff Goldblum outside of Crunch Gym on Sunset Strip this weekend --- only he had no idea who we were! Wake up, Jeff! Nurse! 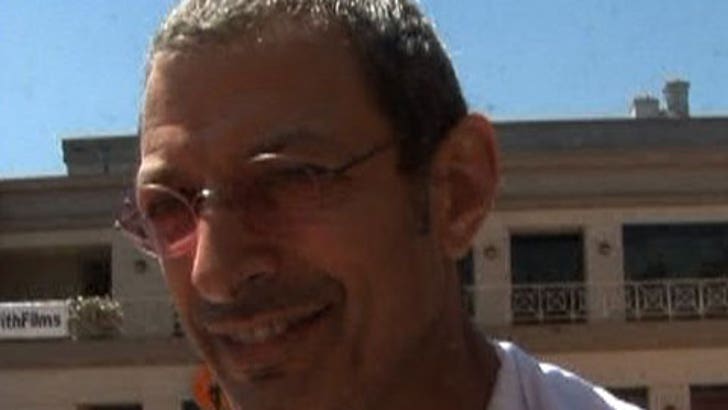 The actor, whose quirky talk-to-the-dead detective show "Raines" may or may not be back next season, was miffed that he was spotted by our camera, and asked, "What is TMZ?" It's on the Internets, Jeffy!

Goldblum, not one to miss a plugging opportunity -- despite being clueless -- told us that his band, The Mildred Snitzer Orchestra, would be playing a concert at Aqua in Beverly Hills on July 25. (For the record, David Duchovny's "Saturday Night Live" impression of Jeff Goldblum on SNL's "Jeopardy" is dead on!)