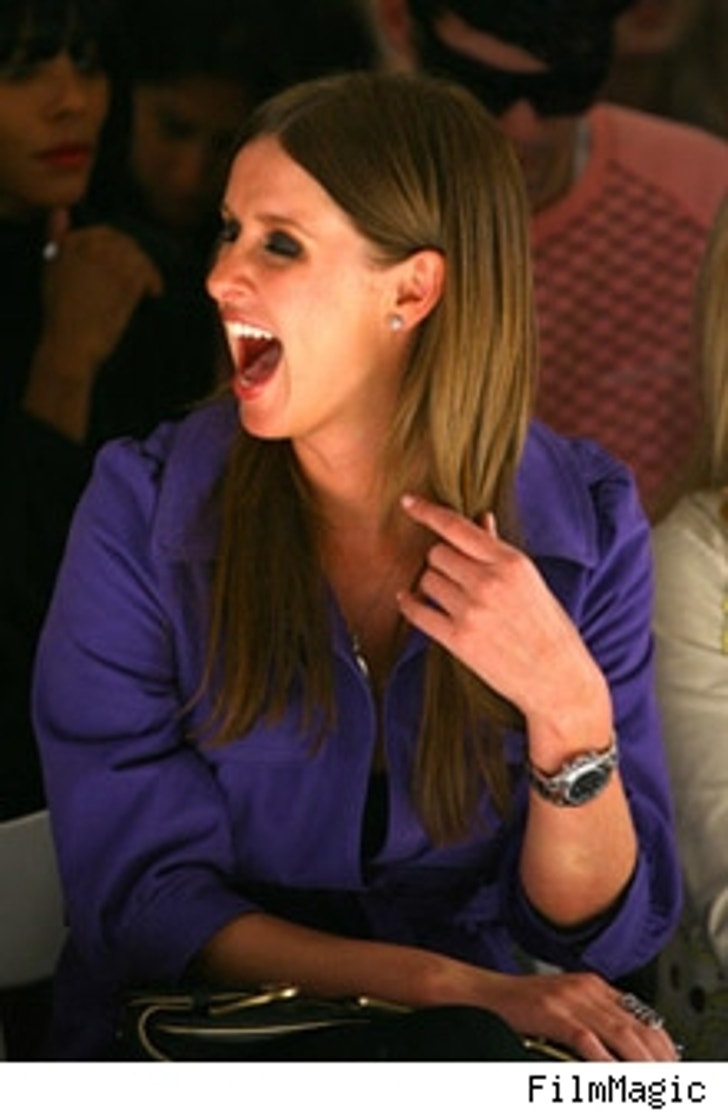 Movin' on up ... to the Hollywood Hills!

Paris' lil' sis Nicky Hilton -- that other party-hopping heiress -- just dropped a load on a new home. The non-con Hilton ponied up a cool $3 million for her new pad. The new abode -- which measures up at around 4,000 square feet -- isn't considered excessively large compared to some of her compatriots' quarters, has an office-gym and 4-1/2 baths. The house features just three bedrooms, just enough for when sis Paris needs a place to crash after a long night out around town.

The designing Hilton -- who runs her own clothing line, Chick, for chic chicks -- kept it in the family, and had her uncle Mauricio Umansky help her with the sale, reports the L.A. Times.