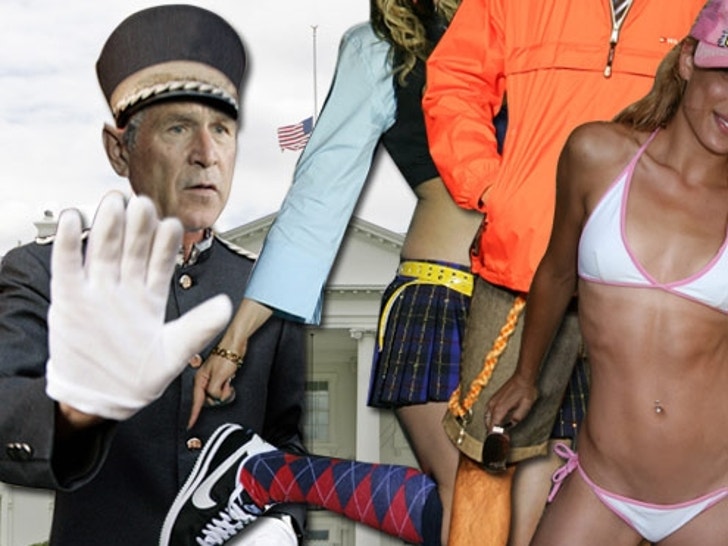 With 543 days left in office, George W. Bush has beefed up security at the White House so much, he's now enlisted the services of one of the most dreaded forces in the Western world -- the Fashion Police! 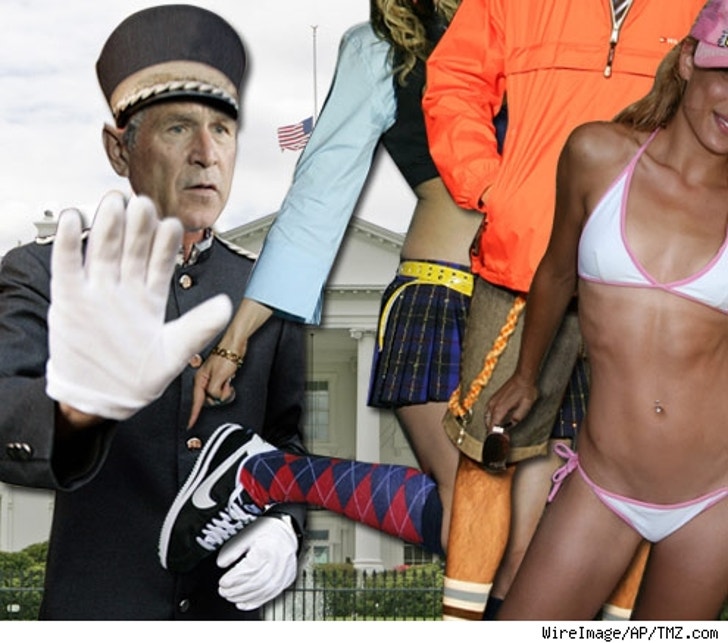 Despite approval ratings at record lows, the ongoing war in Iraq and a health care system in dire straits, Dubya has decided to take on the very serious issue of -- tour group attire! The terror alert has been raised to: Fanny Pack! Signs have reportedly been put up around White House entrances to remind visitors of the dress code: no jeans, sneakers, shorts, mini-skirts, t-shirts, tank tops, and most importantly, NO FLIP FLOPS! Paging the Northwestern women's lacrosse team!

With the new policy, the White House now has a more stringent dress code than the Vatican! Further proof that Bushie wants only conservatives in his White House. The Pontiff merely asks for covered shoulders, no shorts or skirts above the knee. Holy chic!