It can be really tough for a kid riding a Razor on the streets of New York -- especially when your dad refuses to let you on board! 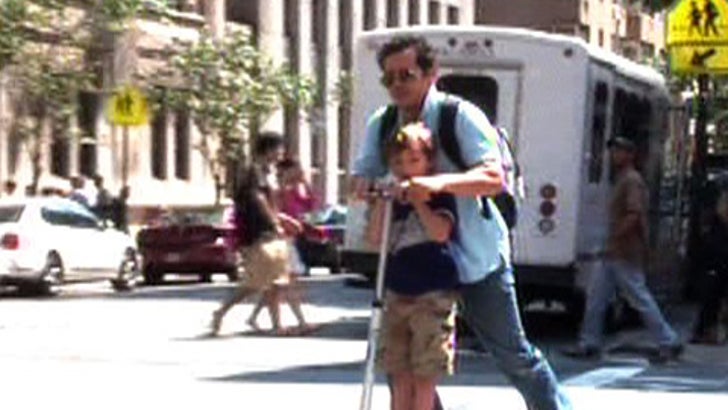 John Leguizamo, who's currently starring in Spike TV's "The Kill Point," scooted around Manhattan with his son trailing ... on foot! Aye paaaaapi! Eventually, his son was allowed to ride shotgun, but Leguizamo still held onto the reins. Johnny don't kid around!

"The Kill Point" is about a band of soldiers who return from Iraq and set up a bank heist.