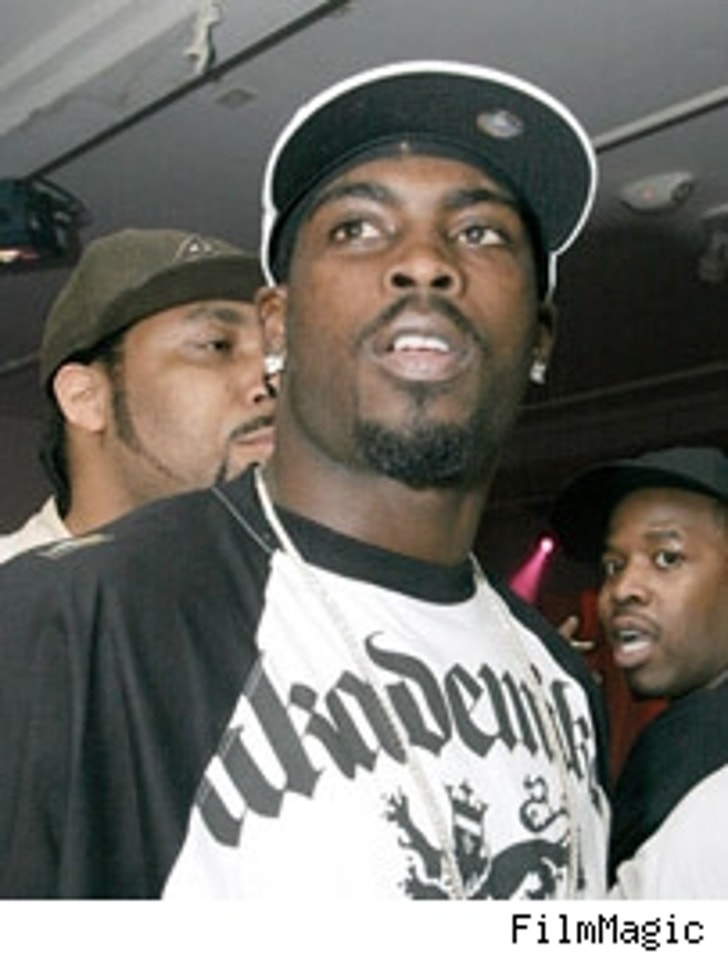 Michael Vick is in deep doggy doo-doo with his endorsement partners for his alleged role in a dogfighting ring. The Atlanta Falcons quarterback has been suspended from big money contracts with Nike, Reebok and a trading card company, thanks to a federal dogfighting indictment against him.

This week, Nike suspended Vick without pay, and released a statement that "Nike is concerned by the serious and highly disturbing allegations made against Michael Vick, and we consider any cruelty to animals inhumane and abhorrent." The company vowed to stop selling Vick-related products but chose not to terminate his contact until his case was filed. Due process of puppy law!

Reebok opted to stop selling Vick's Falcons jersey, as has the NFL, which has suspended sales of Vick's number 7 jersey on nflshop.com. And the Donruss trading card company has pulled Vick's card from new packs.