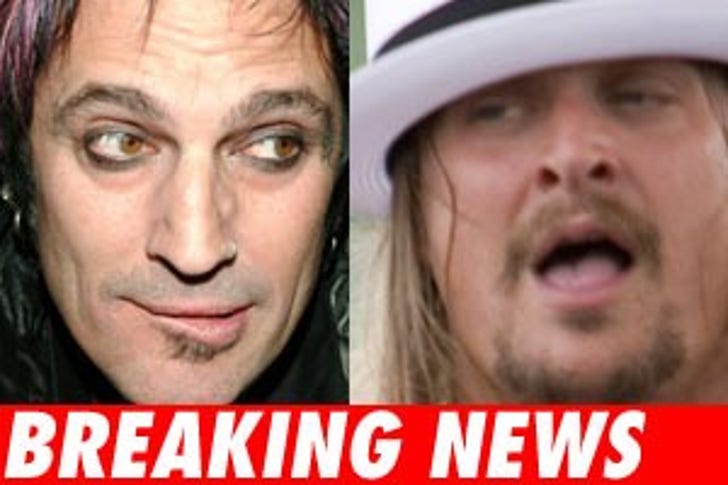 TMZ has learned that the Las Vegas Police Department is on the hunt for Kid Rock after he allegedly "clocked" Tommy Lee at the MTV VMAs in Las Vegas Sunday night.

According to security at the Palms Hotel, where the awards took place, the LVMPD has asked for Rock's room number at the hotel and any leads they might have regarding his current whereabouts.

Details as to what started the fight are still sketchy, but an eyewitness at the awards tells TMZ that "Tommy got it pretty bad."

Both Kid and Lee were escorted out of the awards by Palms security moments after the altercation, caught on camera by Reuters photographer Steven Marcus, took place. 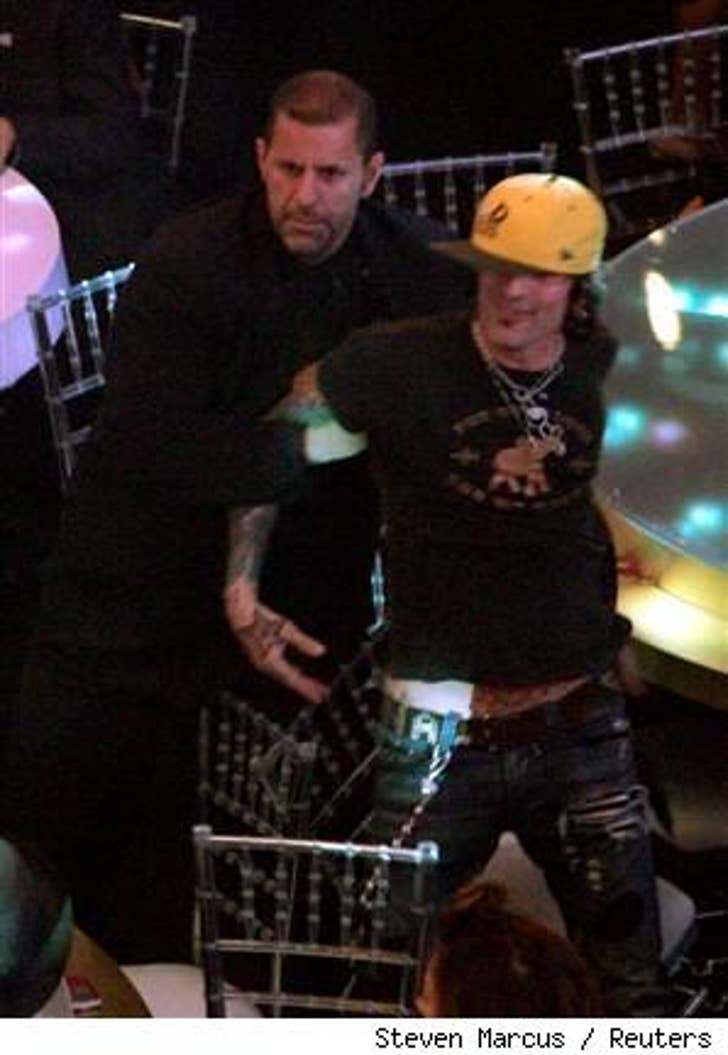 TMZ has learned that Palms owner George Maloof was questioned by police, who was overheard telling cops, "I have no idea."

According to the AP, rap producer Rich Nice was an eyewitness. He says that although Kid Rock threw the only punch that landed, it was Tommy Lee who started the fight. "It looked like Tommy Lee initiated it because Kid Rock was ignoring him," said Nice, who was two tables away. "And Tommy Lee kind of antagonized him. And then when Tommy Lee stood up, it looked a little weird, like 'Yo, what?"'

"When Tommy stands up is when Kid hit him the first time with a backhand," Nice continued. "And then Tommy Lee looked like he was trying to get at him to aggressively retaliate and then Kid Rock hits Tommy Lee again -- bong. And then security grabs Tommy Lee in a headlock and pulls him off."