Leonardo DiCaprio is such a good driver, he doesn't even need to see where he's going! 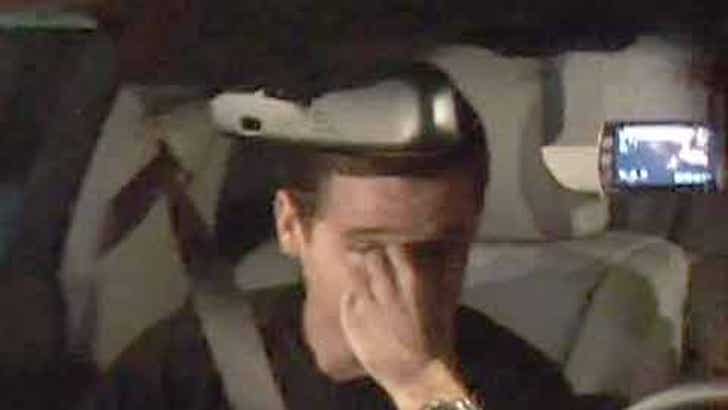 TMZ was outside Opera last night when Leo and buddy Kevin Connolly tried to make a sneaky escape -- DiCaprio trying to drive with his face covered to avoid the paps. Snap me if you can!

Leo's Lexus got a little too close to the papswarm, with one photog angrily yelling, "Wanna hit somebody, bitch? Why don't you get out and hit somebody?!" A few cameramen then ran after his car as Leo became the departed.