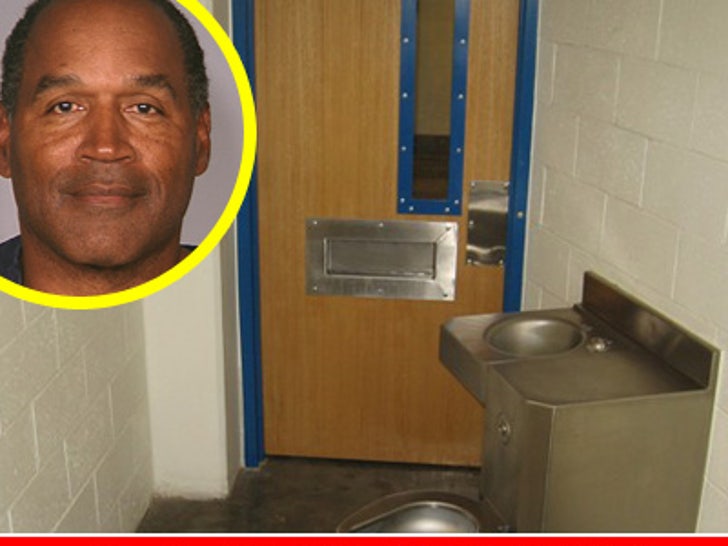 O.J. Simpson is currently being held in the Clark County Detention Center (CCDC) in Las Vegas, and we're now getting our first look at what it's like for The Juice in the joint. 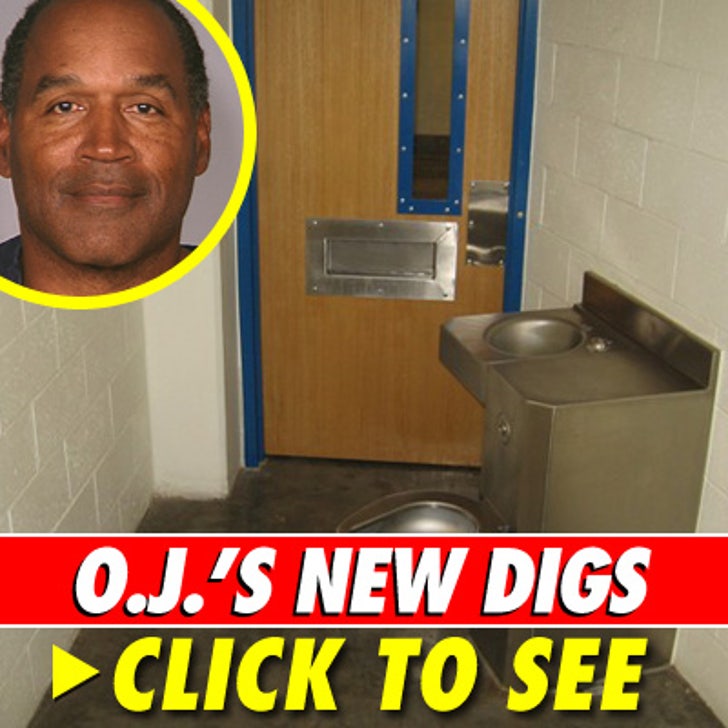 Simpson has been classified as a Protective Custody/Isolation inmate -- he is kept apart from the general inmate population. When other inmates are out of their cells when on their free time, O.J. remains in his room. When the other inmates go in for lockdown, O.J. can come out. It's well known that he doesn't play well with others!

O.J. is allowed three to four hours of free time per day, which he has to enjoy alone. His cell is 7'x14' and consists of a bunk, toilet, sink and a small desk. Unfortunately, O.J.'s cell does have a window. Start tying the sheets together!

The Juice gets three square meals per day and has made only one request so far: his reading glasses. They were given to him this morning. He has thus far had five attorney visits and a short visit from one of the CCDC Religious Services Ministers, who gave him two pairs of reading glasses, a Bible, and a Purpose Driven Life book. A little late, no?

The LVMPD went on to say that O.J. has "been cooperative and he continues to follow facility rules and regulations." If only he did that when he wasn't behind bars!