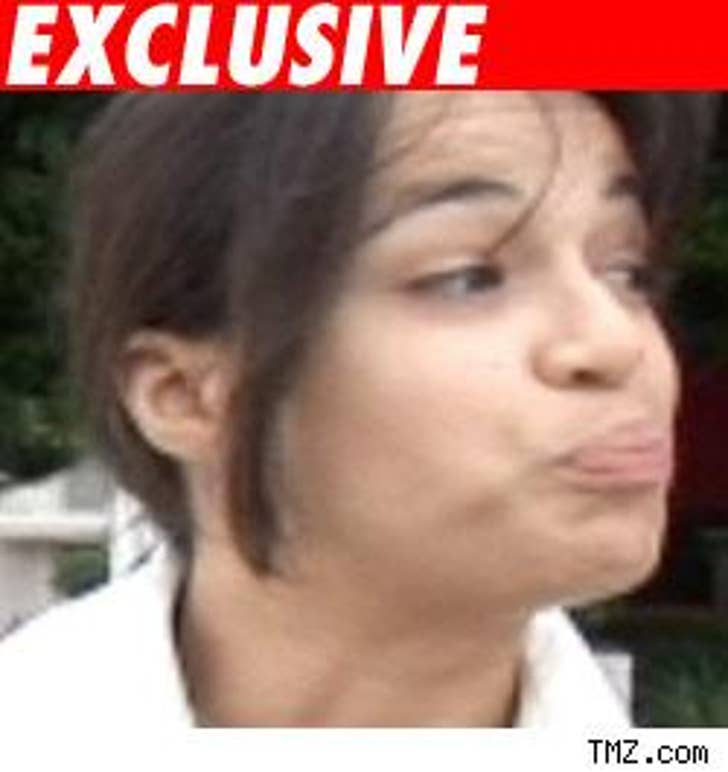 UPDATE: Rodriguez's attorney Shawn Chapman Holley tells us that Michelle will serve 180 days in LA County Jail. In addition, Michelle has completed almost three full days of CalTrans cleanup work on the side of the road.

"Lost" star Michelle Rodriguez was just nailed by a judge who sentenced her to at least 120 days in the slammer.

Rodriguez was on probation for a variety of crimes, including DUI and hit and run.

According to court officials, Rodriguez "admitted violating her probation by failing to provide proof of completion of her community service and for consuming alcohol three times while wearing an alcohol monitoring device."

The judge also ordered that Rodriguez is not to be released to "work furlough or electronic monitoring and is not to be granted early release." Rodriguez was also ordered to complete 30 days of CalTrans work -- which means if you're driving in L.A., you might catch an orange vest-wearing Michelle picking up trash on the side of a freeway!

Rodriguez, who appeared in court today, must report to L.A. County jail by December 24, 2007. Merry Xmas!