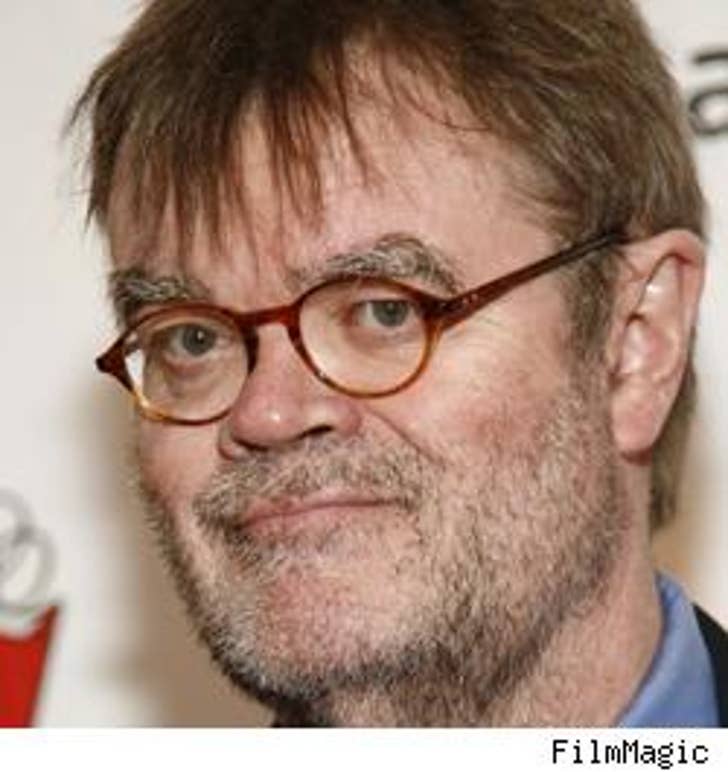 Minnesota Public Radio author and host Garrison Keillor has been granted a restraining order against a wacky Georgia fan who has allegedly been harassing him since April. Keillor claims to have received email, gifts and "unusual and unwanted items" -- like magnets with the woman's initials along with his -- plus a petrified alligator foot and some dead beetles. No companion, she!

In Minnesota, a Ramsey County District judge issued the order, saying that Andrea R. Campbell has to stay away from Keillor's house and workplace. Oh, and no more gifts, please!

TMZ has obtained the documents filed by Keillor, in which he described the email and "letters heavily-doused with perfume" as "disturbing, unintelligible and rambling."

In one of them, Keillor says Campbell "graphically described making love to me." That is terrifying! Keillor also alleges that Campbell showed up at his St. Paul home last July, awakening the radio host's wife with rustling sounds outside the house. "I find this behavior harassing, inappropriate, and disturbing," says Garrison.

In a telephone interview with St. Paul Pioneer Press, Campbell denies all of the allegations, saying that she just wanted to show her gratitude for Keillor's work. "I am unclear as to what the problem is." She admits her love for Keillor, but says it's nothing physical. "It's transcendental love, that's all," she said. "Between a writer and a reader."