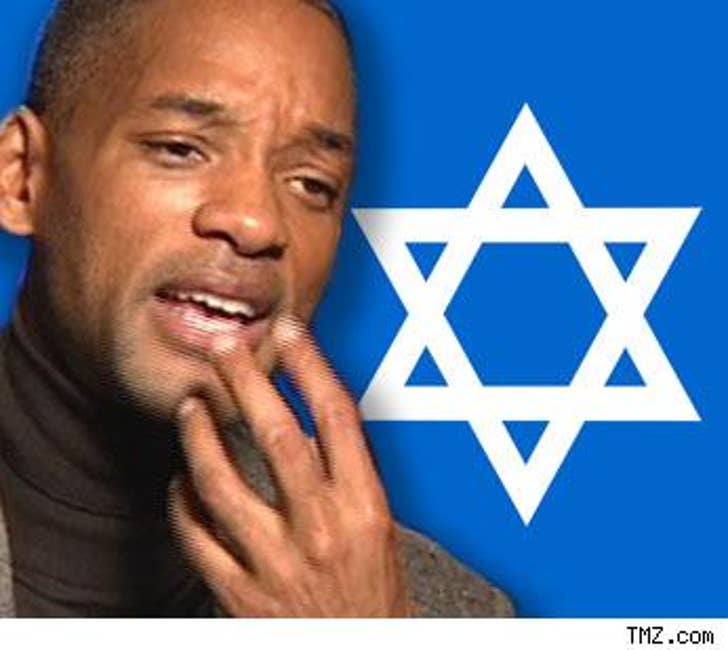 UPDATE: Will Smith's rep sent TMZ the following statement from him, which reads: "It is an awful and disgusting lie. It speaks to the dangerous power of an ignorant person with a pen. I am incensed and infuriated to have to respond to such ludicrous misinterpretation. Adolph Hitler was a vile, heinous, vicious killer responsible for one of the greatest acts of evil committed on this planet."

On the day before Christmas, a leading Jewish group is kvetching loudly about Will Smith's recent suggestion that Adolf Hitler wasn't all bad, calling it "ignorant, detestable, and offensive." Oy.

The Jewish Defense League is calling on Barack Obama to repudiate Smith's comments, and wants theaters to pull Smith's new flick "I Am Legend" from their screens. Smith told a Scottish paper that Hitler "didn't wake up going, 'Let me do the most evil thing I can do today.' ... I think he woke up in the morning and using a twisted, backwards logic, he set out to do what he thought was 'good.'" What kind of meshuggeneh talk is that?!

Smith's words, say the JDL, "spit on the memory of every person murdered by the Nazis. His disgusting words stick a knife in the backs of every veteran who fought (and sometimes died) to save the world from the intentions of Adolf Hitler."