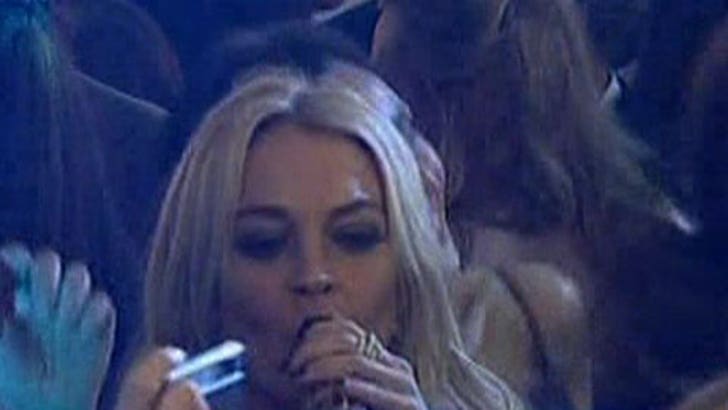 Oh no ... this is not good. Cameras caught Lindsay Lohan taking a swig out of a bottle of what we've confirmed is champagne -- on New Year's Eve in Italy.

He's the grandson of late billionbear oilman Marvin Davis, but Gummi Bear couldn't even scrounge up a tip for the valet at Mr. Chow.

Nick Carter was picking up girls left and right in Vegas on Monday night -- but showed one oh-so-awkward way to let this one blonde know he just wasn't that into her. Take a hint, lady!

Mountaineers Johnny Dingle and Scooter Berry sat next to each other on the sidelines ... maybe that's not the best idea. Listen to the announcer, it's hilarious!

Paramedics wheeled Britney Spears was out of her home on a gurney after she reportedly refused to return custody of her two kids to their father's bodyguard, and seemed "under the influence." Crazytown, and stat!