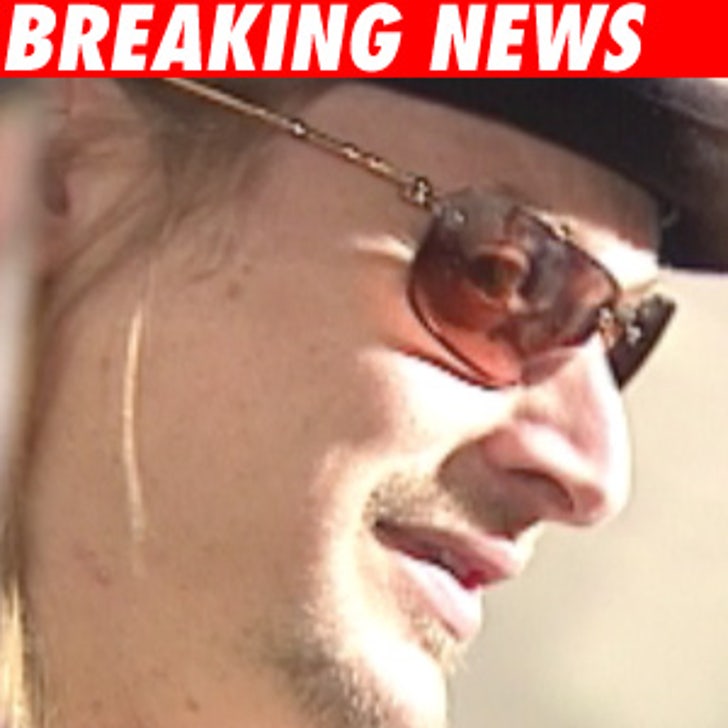 Kid Rock was supposed to be arraigned in Dekalb County, Georgia today, but the case has been postponed until next month -- and may not go on at all! Hold the syrup!

Rock was arrested on a misdemeanor battery charge back in October, after he allegedly got into a brawl over a woman at a Waffle House. The man who supposedly went after Rock was charged with one felony count of second degree criminal damage to property -- a fancy way of saying he broke a window.

Rock's arraignment is now scheduled to go down on February 4. According to the the Dekalb County Solicitors Office, the case may or may not go forward, pending more evidence.