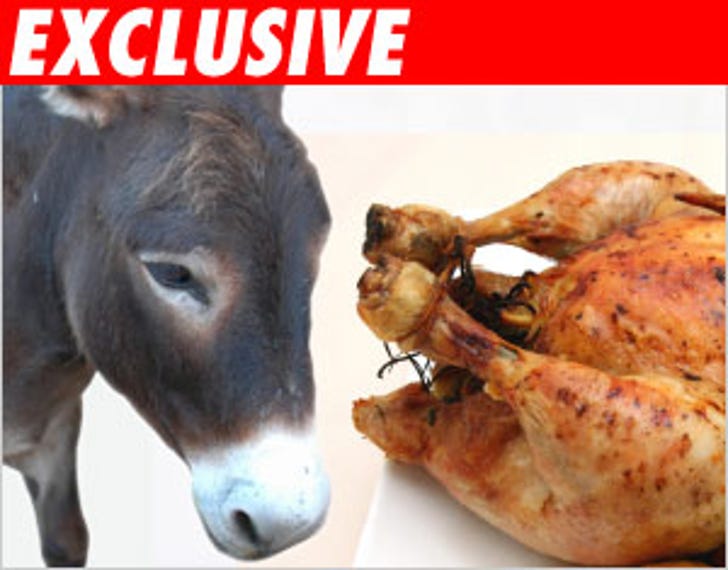 There's a scandal brewing in the Members Dining Room of the House of Representatives. It involves chicken and Mark Foley has nothing to do with it.

Janie Galmon has worked in the dining room for half a century. For a long time, she's been the chef. That is, until a recent change of management. The Democrats rule, and there's a new sheriff in the mess hall -- so here's the deal. Sources say the new folk have made it so uncomfortable for Janie that she quit last month. That's the insult, now here's the injury.

Janie has some special recipes that have not only been a staple in the dining room, they bear her name -- Janie's Fried Chicken and Janie's Banana Pudding. The new regime in the dining room has asked Janie for the recipe and she told them to screw off -- it's hers. Undaunted, Janie's Fried Chicken and Janie's Banana Pudding were on the menu as recently as yesterday. One member tells TMZ, it doesn't even resemble the original. So it's screw you Janie -- hello Colonel.

TMZ contacted the House Administration Committee, which oversees the dining room. A spokesperson tells us that Galmon was asked to stay, "despite her intent to retire." Sources say, however, Galmon says she feels like she was forced out.

And the Committee added this: "Janie has volunteered to come in to demonstrate how to prepare her fried chicken and will be compensated for her expertise in teaching the recipe to the new food services vendor."

Your tax dollars at work, folks.