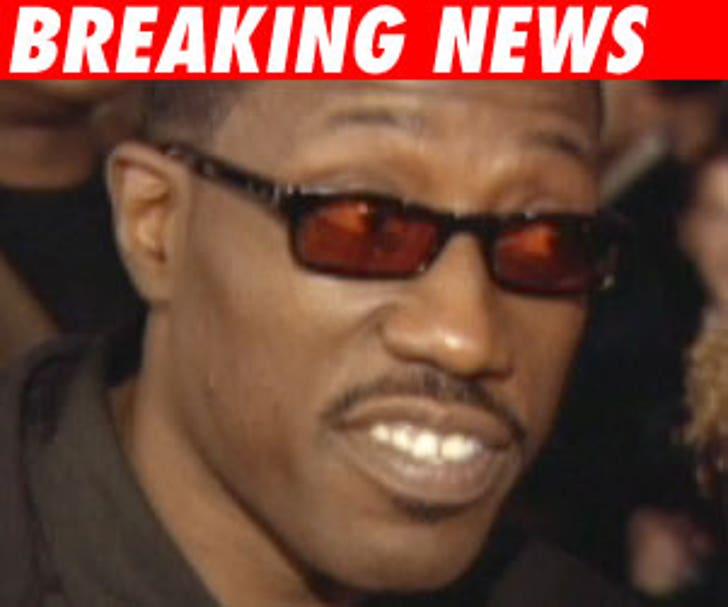 Wesley Snipes has an interesting defense to his federal tax charges -- none!

Today in a Florida federal court, Snipes and his attorneys rested their case -- without calling a single witness. His attorney, Daniel Meachum, said, "We chose not to call witnesses because there was no need to. The government prosecutors have put on a case that simply does not come close to meeting the standard of its burden of proof." Always bet on black!

Snipes and two co-defendants are currently on trial in for allegedly failing to file his 2000 federal taxes, for demanding $11 million in tax refunds on taxes he'd already paid, and bouncing checks to the U.S. Treasury. Snipes' attorneys say the "Passenger 57" star is the victim of unscrupulous accountants and sincerely believed he didn't have to pay taxes.

The trial, which started January 14, was expected to last a month. The prosecution rested its case on Friday.