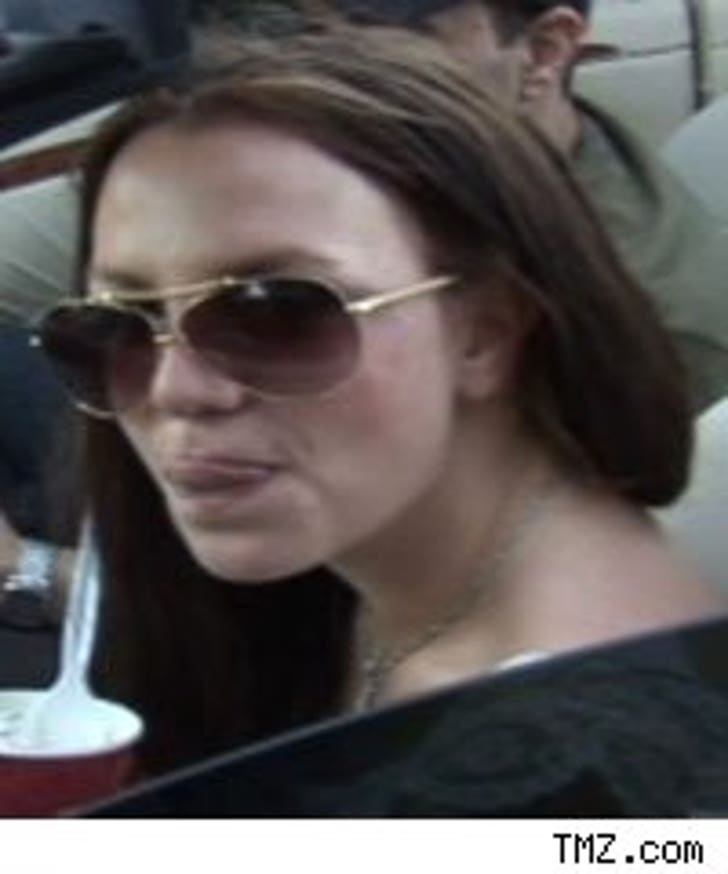 Without kids of her own to dance with, Britney Spears spent yesterday afternoon shakin' it with a bunch of youngsters not too much older than Sean Preston.

The Britwreck, reports Usmagazine.com, got the five-year-olds grooving to the sounds of Madonna -- "Material Girl," in particular -- while clad in fishnet stockings, a short skirt, and her fave brown boots. Apparently, says Millennium Dance Complex owner Robert Baker, she had to introduce herself to the kids.

Britney hasn't seen her own children since January 3. 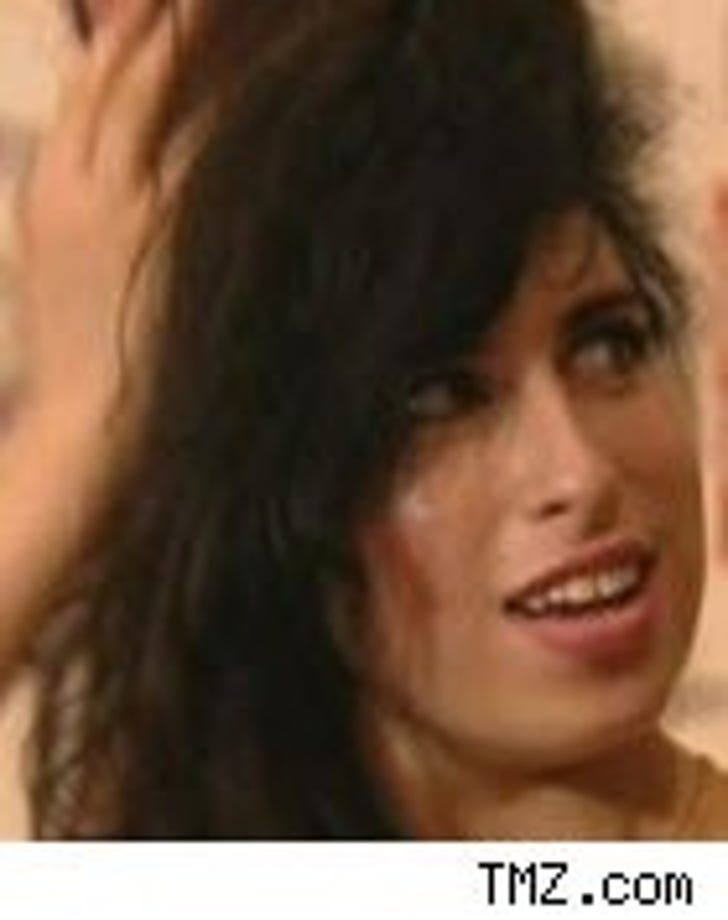 Everyone seemed pretty stoked about Amy Winehouse's big Grammy night -- everyone, that is, except Grammy winner Natalie Cole.

She told People on Sunday night that she thinks Wino's wins send "a bad message" and that "it's not right for her to be able to have her cake and eat it too ... She needs to get herself together." Cole clarified: You don't get to just do your drugs and go onstage and get rewarded." Natalie survived a bout with drugs and alcohol in the early '80s.

Cole, as it happens, won her first Grammy back in 1975 as Best New Artist, as Winehouse did Sunday night.

Party Favors: Scarlett and Ryan – Not Getting Hitched ... Kareem Abdul-Jabblogger? ... Lil' Wayne Drinks Your Absinthe, He Drinks It Up!

Scarlett Johansson and Ryan Reynolds, despite whispers that they're going to be tying the knot, are very much not, says Usmagazine.com. ... Even though he might not have been very chatty to a TMZ reporter recently, Lakers legend Kareem Abdul-Jabbar will be blogging it up for the L.A. Times, yakking online on pretty much everything from sports to history. ... Lil' Wayne couldn't get clearance to shoot his new video in Las Vegas casinos, but TMZ has learned that Palms and Sacramento Kings owner Gavin Maloof gave the rapper his house to use -- and plenty of Le Tourment Absinthe to drink in the video.