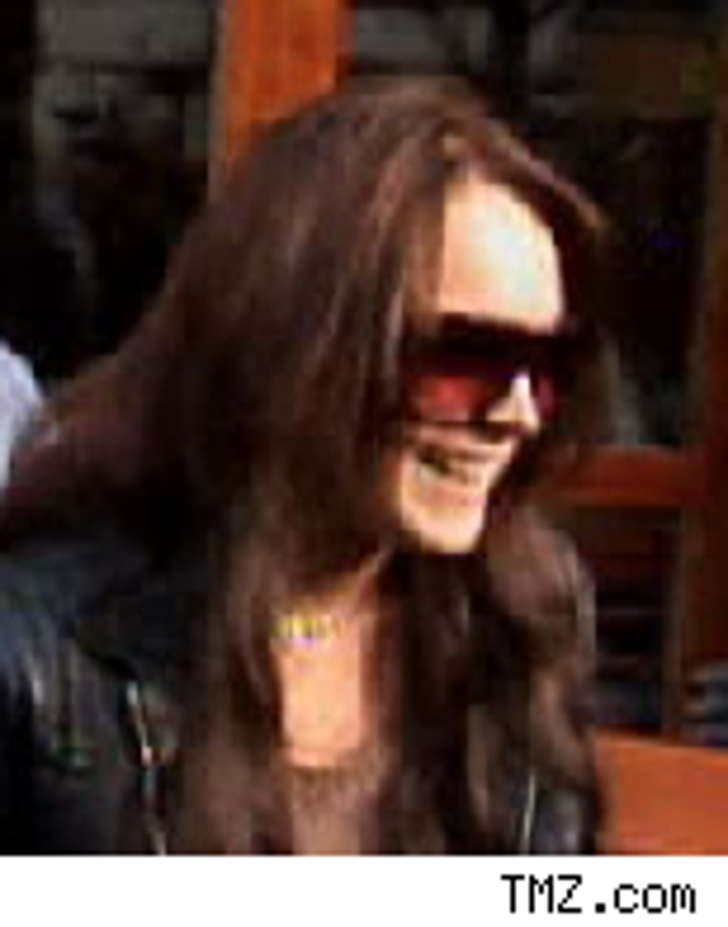 Lindsay Lohan says she's definitely rid herself of all the bad influences that drove her to rehab at Cirque Lodge six months ago – even though TMZ has spotted her with a lot of the same people she used to hang out with.

"I was putting myself in the wrong situations and I didn't have the focus in the right place," she tells People. "I changed things." Really? Sources have told us that they're still concerned that she's with some of the same folks B.C. – Before Cirque.

Regardless, it does seem like she's solidified her relationship with her mom and dad. "I'm blessed to have a really wonderful family," says LiLo.

It looks like Ashley Alexandra Dupre won't have to lay down to make a living anymore.

Eliot Spitzer's favorite girl may already have made as much as $200,000 from online music downloads, according to the New York Post. Her two singles, "What We Want" and "Move Ya Body," have been available to buy on Amie Street for 99 cents each, and with artists earning up to 70 percent royalty on downloads.

Whether or not she's making any cash on her music, she'll make plenty posing for men's mags ... and on the inevitable tell-all book.

Brandon Davis and Scott Storch, pals and nightlife creatures in tandem, could be on the outs after Davis may have filched a $100K watch after a night on Scott's couch, reports the New York Post. After Greasy found out Storch has cams all over his house, he "started crying hysterically" and gave the bling back. ... Mariah Carey will be on "American Idol" to give the top 11 pointers on their singing. How 'bout this: Stop singing Mariah Carey songs! ... The LA Times wonders whether new CBS "Early Show" co-anchor Maggie Rodriguez – with her propensity for tightly wound zingers – can help the morning laggard make some inroads on the big boys – "Today" and "GMA."