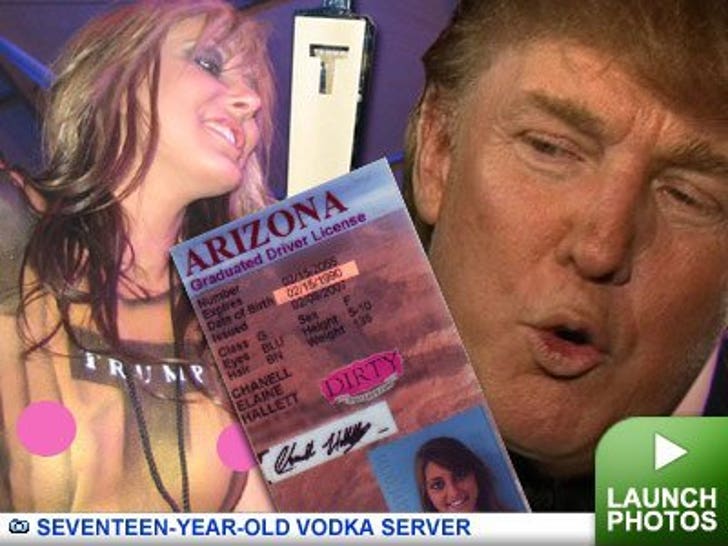 Donald Trump and his vodka line could be in hot water after pics surfaced of a 17-year-old girl -- naked except for body paint -- serving (and quaffing) drinks at a 944 Magazine Super Bowl party for the vodka. 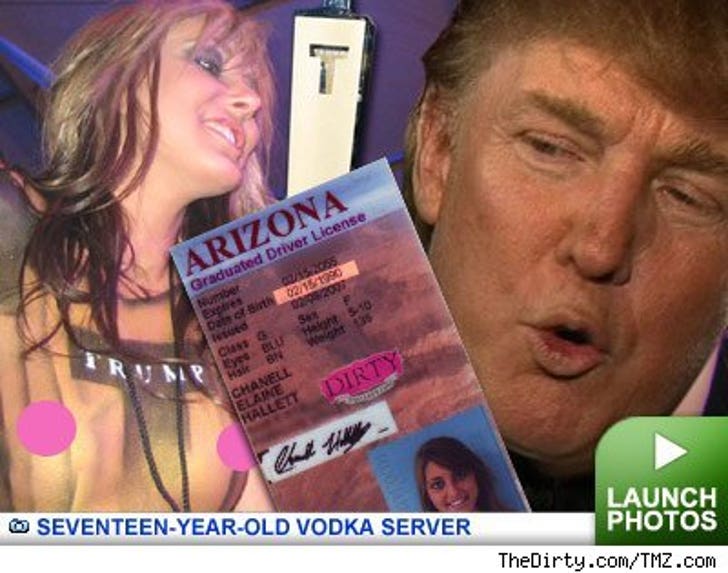 In photos obtained by Nik Richie over at TheDirty.com, Chanell Elaine Hallett is seen working as a hostess -- totally nude except for a little paint. According to the website, her drivers license suggests that her 18th birthday would've fallen about a week and a half after the Super Bowl week event. (And in case you're wondering, it's common for AZ licenses to be good for 50 years.)

For their part 944 Magazine says they "had no part in hiring promotional models for the Trump Vodka lounge. Trump Vodka outsourced the models through an Arizona-based promotional modeling and marketing agency and neither party was aware of the underage hire. All precautions were taken to ensure all service staff was of legal age, and we do intend to investigate the issue further."