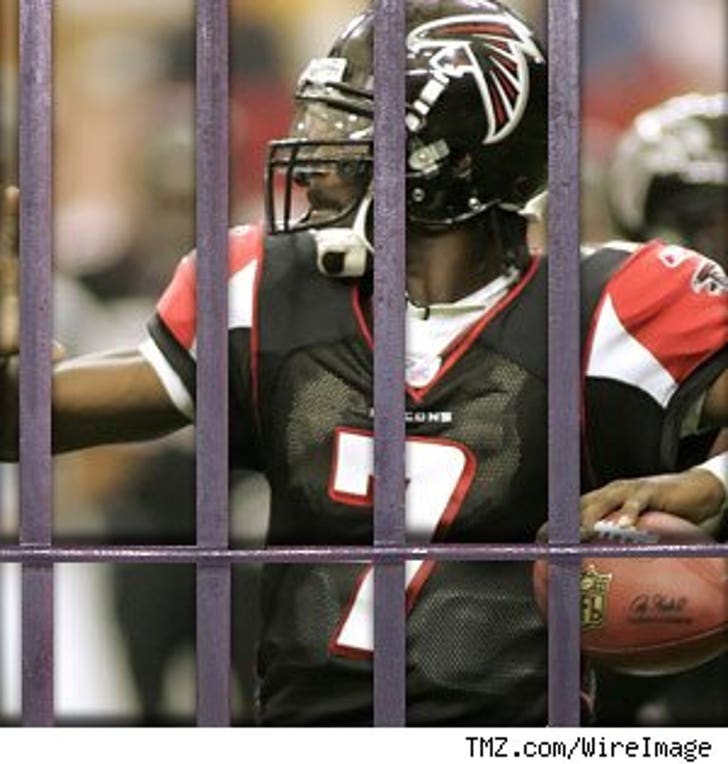 Just when you thought Michael Vick's football career was over, he's resurrected it once again in the joint.

Apparently, Leavenworth's most athletic inmate is showing off his moves on the field, er, jail yard, and is quarterbacking the prison football team. Falcons owner Arthur Blank tells the NY Daily News, the disgraced baller is adjusting as well as he can to prison life, and is staying busy by doing dishes and writing letters.

For his toil and trouble as a dishwasher, Vick gets about 12 cents an hour. In his last season with the Falcons, Vick raked in $1.4 million, all part of a 10-year, $130 million contract that he signed in 2004.