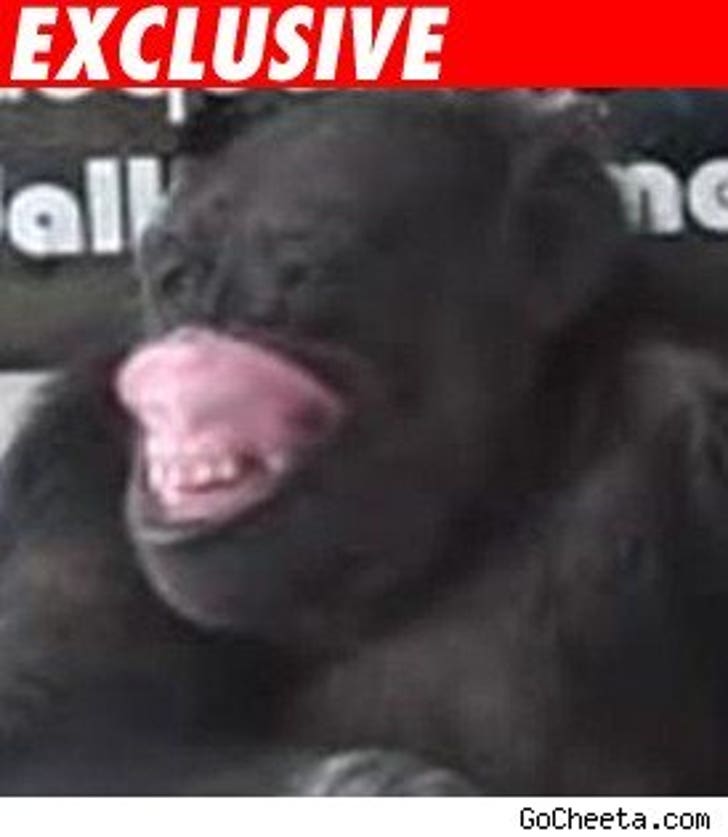 Legendary chimp thespian Cheeta's chance to have his name permanently etched on the Walk of Fame has just been shot down. What a load of ape dump!

The 76-year-old chimpanzee actor, who's starred in flicks like "Tarzan" and "Bedtime for Bonzo," didn't receive enough votes from the Walk of Fame Committee to have a star placed in his honor in '09.

If Cheeta's not good enough, who is?? Apparently Tinker Bell. That lame ass fairy is getting a star. And we're sure that has nothing to do with the fact that there's a Disney store on the Walk and the "Tinker Bell" movie is coming out in the fall.

Oh yeah -- and the Village People got one too.