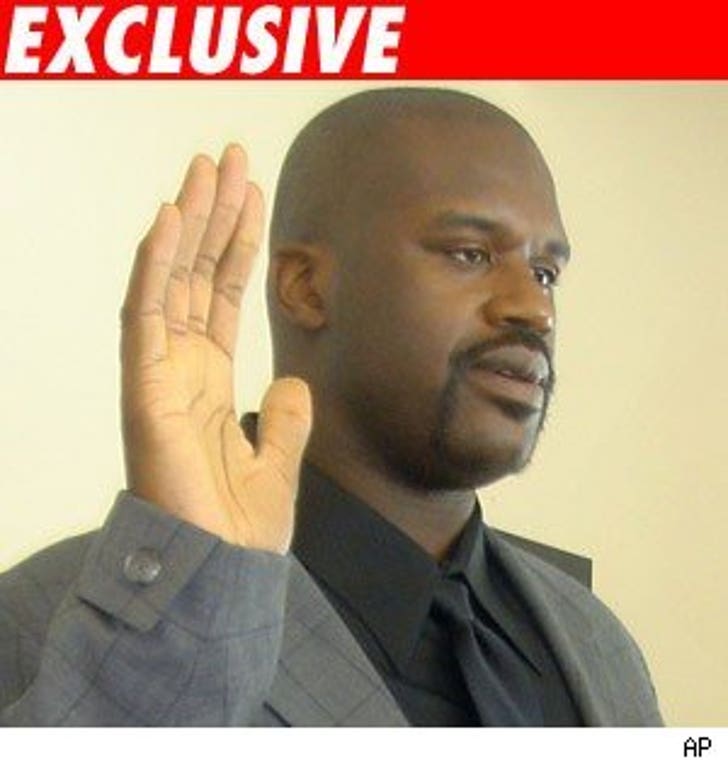 Minutes after an Arizona sheriff called for Shaquille O'Neal's badge over his n-bomb laced rap, the Diesel was already getting back-up from some of his other boys in blue.

According to a statement from Miami Beach Chief of Police Carlos Noriega, "Shaquille O'Neal is a member in good standing of the Miami Beach police Dept. He is a valuable asset to our organization and the city of Miami Beach."

Reps from the Los Angeles Port Authority, where he also serves as a reserve officer, had no comment.