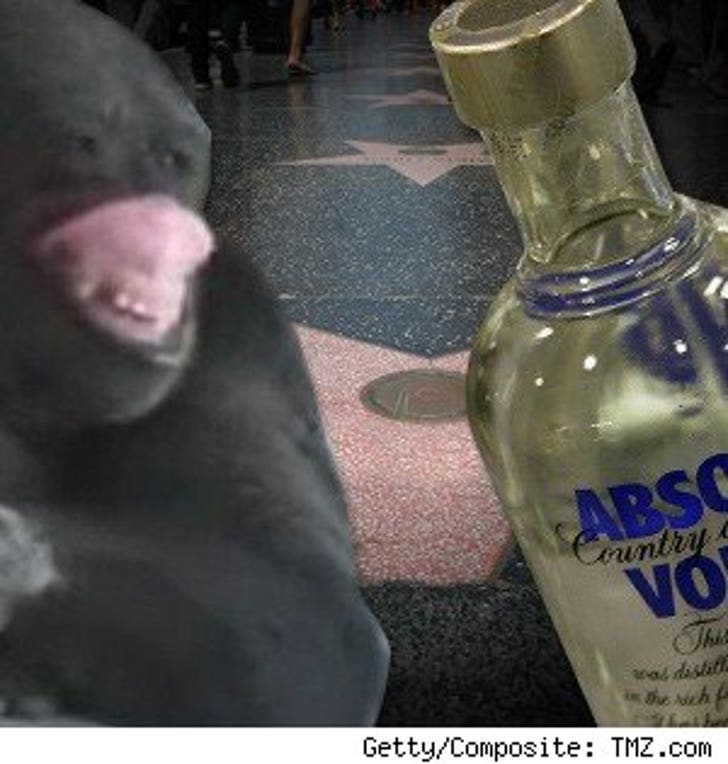 Chimpin' ain't easy -- especially when a talentless Vodka company gets immortalized on the Hollywood Walk of Fame before an A-list ape!

Just weeks after the Hollywood Chamber of Commerce refused to enshrine Cheeta the Chimp -- a veteran of 12 Tarzan movies -- the Walk of Fame honored the Absolut Vodka company with a plaque and a ceremony! Somebody get Cheeta a drink!

The HCOC claims the Absolut plaque wasn't an official "star," but an honorary award for a substantial donation.

Cheeta's reps went bananas anyway, saying "We hope the Chamber will realize that Cheeta's 60 years of work on screen has reached the esteemed level that Absolut has achieved in product placement to garner this much-coveted honor."