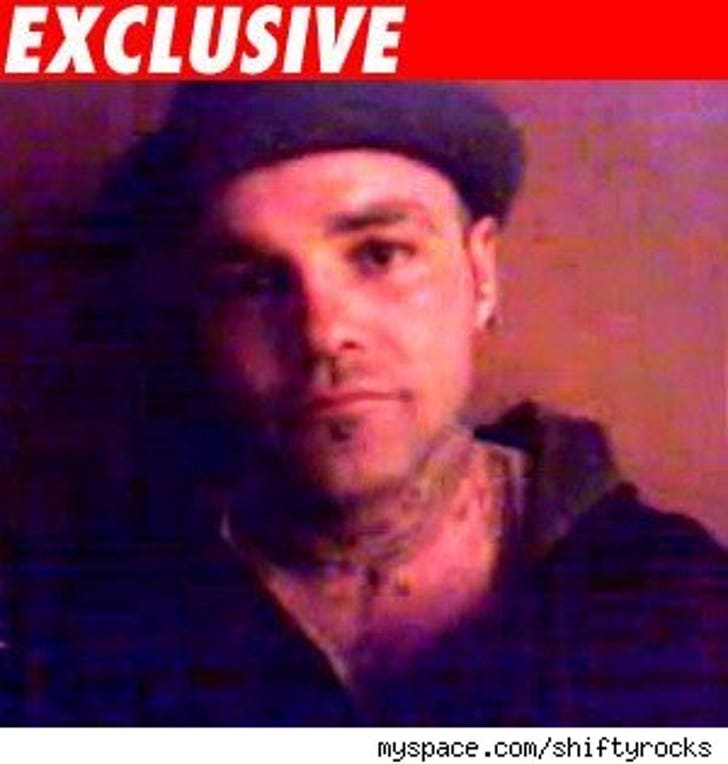 UPDATE: We're now told Shifty checked into the Pasadena Recovery Center after a major drug binge. As for the VH1 show, we're told producers are shooting all the drama but haven't said whether they'll use it on the show.

Crazytown front man Shifty Shellshock might be living out his band's name -- the singer has allegedly run away from his reality TV show.

Shifty's last chance at sobriety and renewed low-level fame was a stint on the new VH1 show, "Sober Living." While shooting scenes for the show on Friday night at GOA nightclub, he skipped out on production -- leaving the cast high and dry.

He is currently MIA. Sources close to the situation tell TMZ that producers are afraid Shellshock could be back to on drugs. VH1 recently paid him for his stint on the show, and he may be using his "Sober Living" cash for drug money.

Shifty posted a video on his MySpace page Saturday night, saying he was checking himself into rehab -- which so far he hasn't done.

We're told that if he doesn't return to the house today, he will be fired from the show. Fired from rehab -- oy vey.

Shifty's manager, David Weintraub, had no comment on the situation.