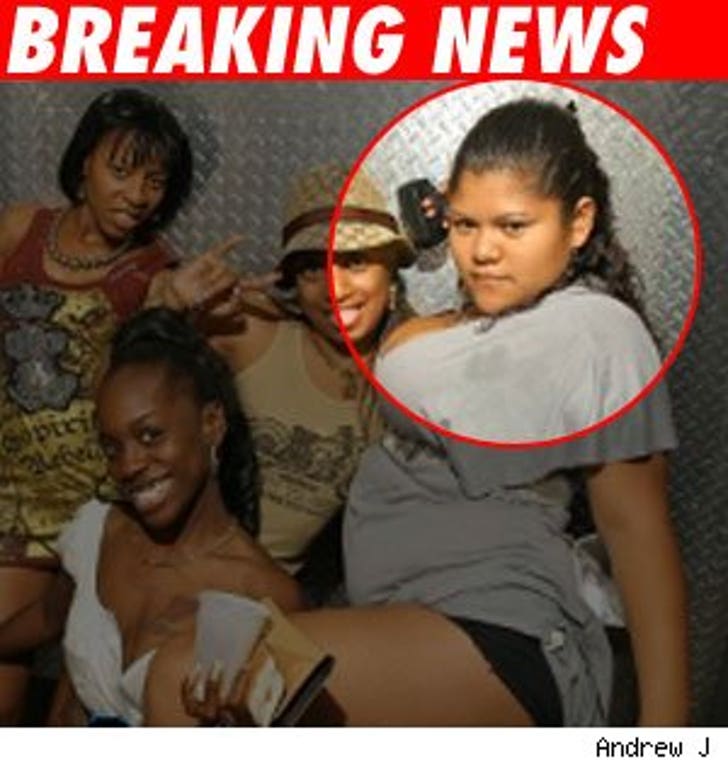 We got this photo of the woman who was viciously killed during Lil' Kim's birthday bash ... apparently just before she died.

The pic shows Ingrid Rivera in an elevator with a group of girls on their way up to the VIP section of Spotlight Live, the club that hosted the party. The party was Saturday night. Last night, Rivera's body was found on the roof of the building in a shed. She died from blunt force trauma to the back of her head.

The photographer who took the pic tells us it was taken around 1:00 AM Monday.

Lots of celebs attended the party, including Wyclef Jean, Missy Elliott and Busta Rhymes. A suspect was just arrested.