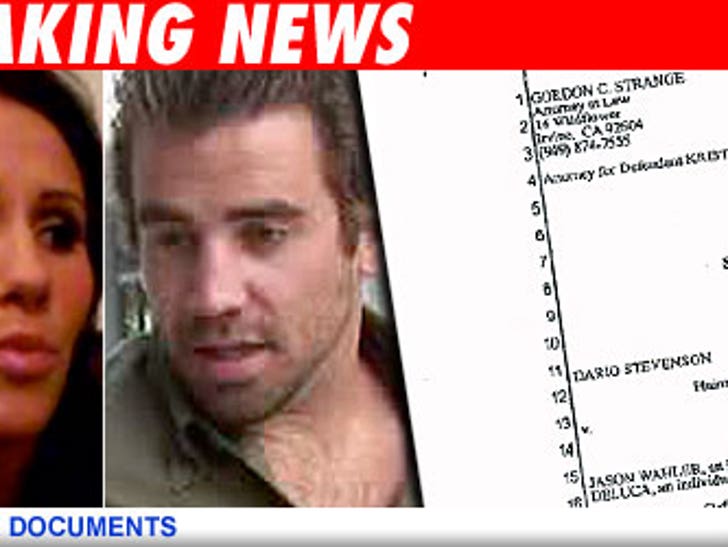 Jason Wahler's "model" girlfriend was forced to pay for her d-bag boyfriend's assault in 2006. 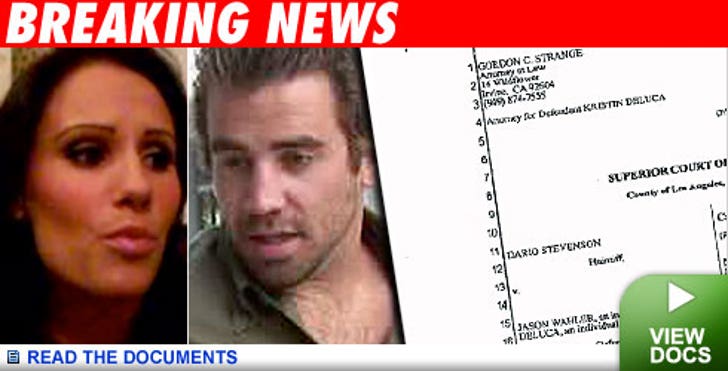 Kristen Deluca was in the car with Jason, when the "Laguna Beach" ne'er-do-well attacked a tow truck driver. The driver sued both Wahler and Deluca, and we've learned she just anted up $3,000 to exit the lawsuit. Wahler, who pleaded no contest to criminal battery, remains in the suit.