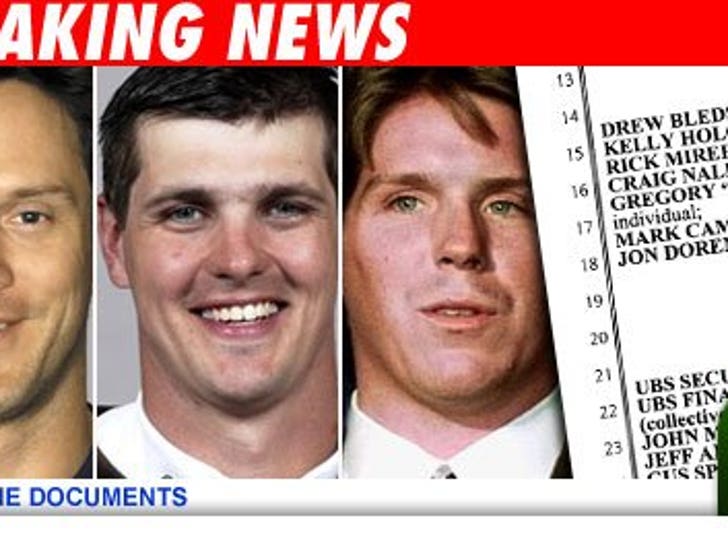 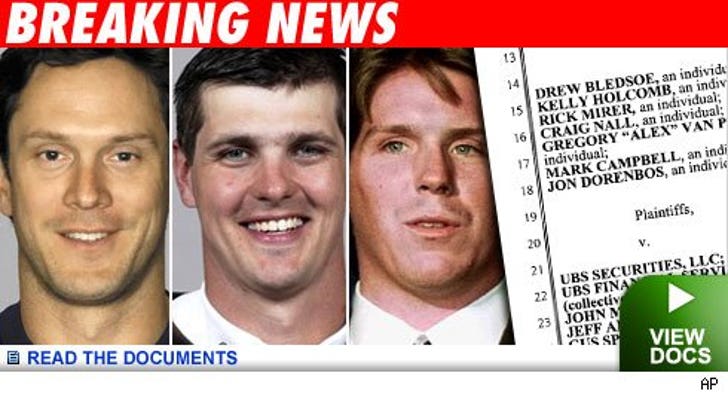 Drew Bledsoe -- forever famous for relinquishing his job to Tom Brady in 2001 and never getting it back -- says UBS swindled him out of a wad of cash. Here's why: Drew says he invested a bundle in a company called Pay by Touch through UBS, but the bank concealed the criminal past of John Rogers, the founder of Pay by Touch. Rogers raised $130 mil from investors -- but made a grand total of $700K.

Here's the funniest part, though: Drew's co-plaintiffs are a hilariously C-list group of NFL QB failures, including Rick Mirer, Craig Nall, and Alex Van Pelt. No wonder they're gunnin' so hard for UBS' dough.