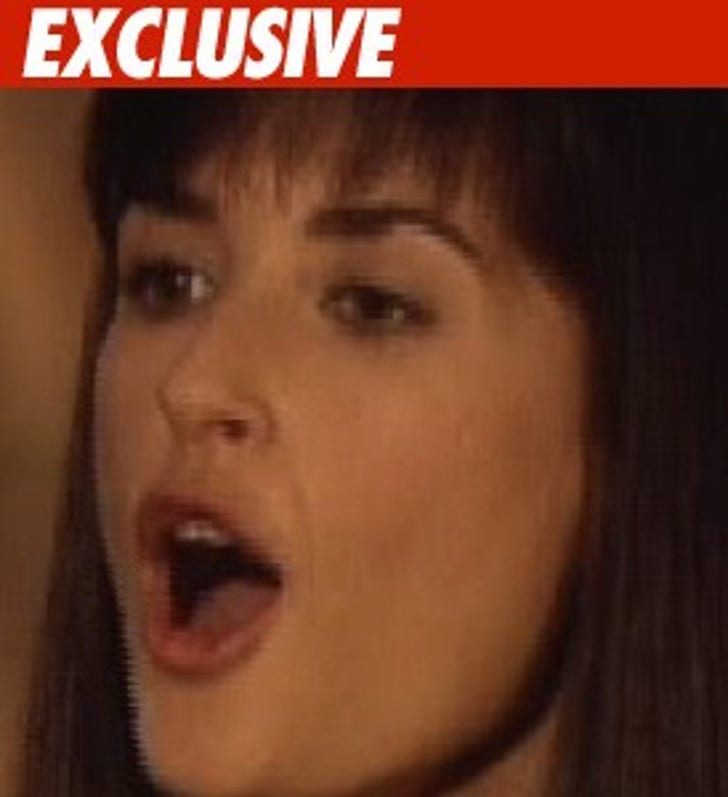 Demi Moore has just shown up at the Santa Monica Courthouse with one of her daughters.

Demi and one of the girls are in line at Juvenile Traffic Court -- yes, there is such a thing.

Someone in line is cackling, "Hey, there's G.I. Jane!"

In this court, a parent must accompany a minor child.

Demi looks hot with sunglasses on her head. She's wearing a black top and showing some cleavage -- which should help the case.

Fun Fact -- If Demi thought this was a good day to slip into court, she didn't know there's an epic custody case going on there today involving Kelly Rutherford.

UPDATE: Court is now in session and everyone inside -- including Demi -- is being forced to watch a 30-minute video on reckless driving -- which is still better than watching "Striptease."

UPDATE: Demi and her daughter have just left the courthouse and gotten into a Mercedes. We're told they left in the middle of the video. We don't know the dispo of the case.