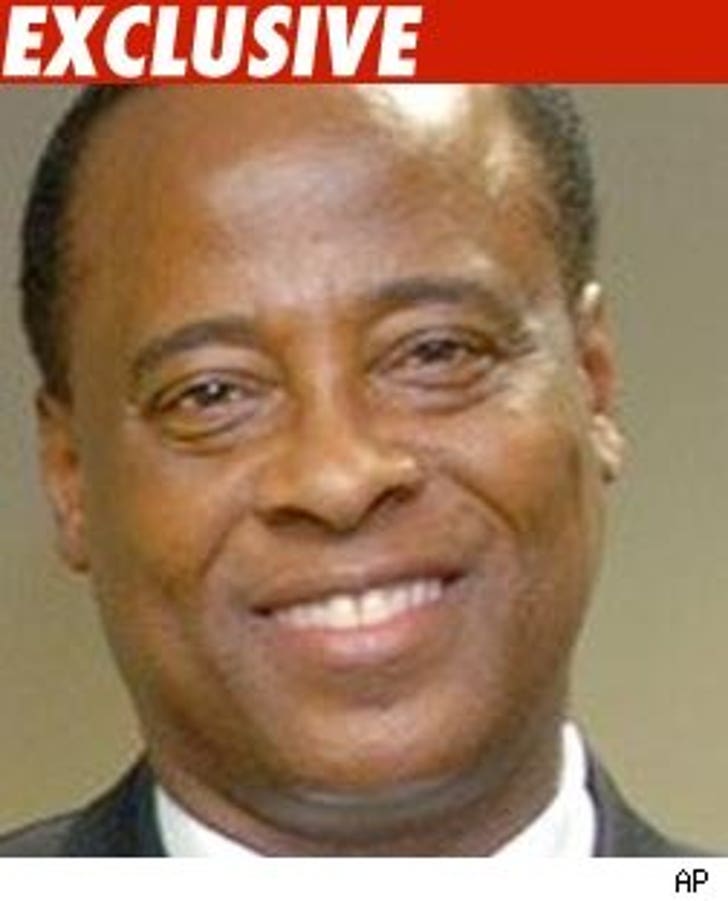 Law enforcement sources tell TMZ the central target in both the coroner and LAPD investigations into Michael Jackson's death is Dr. Conrad Murray, who was at Jackson's house when the singer went into full cardiac arrest.

Sources say the doctor is not cooperating with authorities, but they have still found evidence linking him to the drug that may have killed Jackson. As we first reported, as a result of Dr. Murray's second interview with police two weeks ago today, the LAPD obtained a warrant to conduct a second search of Jackson's home -- and that's when they found Propofol, a powerful anesthesia that should never be used outside a hospital. There is evidence Propofol was administered to Jackson shortly before his heart stopped beating.

Investigators are also suspicious of the delay in calling 911 -- the Dr. says he waited 20 - 30 minutes because he didn't know Jackson's address that would lead paramedics to the house. Jackson lived on one of the most famous streets in the world -- one house above Sunset Blvd.

We broke the story yesterday how members of Jackson's staff complained that Klein was using the names of employees and others to help Jackson score drugs. One of the names allegedly used -- Frank Tyson, a former Jackson employee. Several powerful meds in Tyson's name were prescribed by Dr. Klein and found at the Neverland Ranch during the 2003 search.