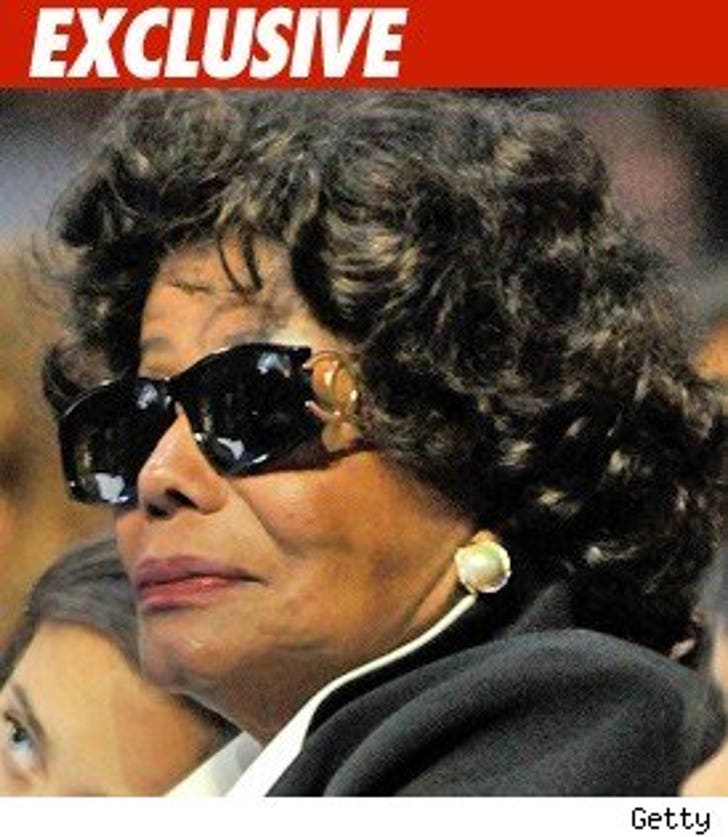 Katherine Jackson wants "a seat at the table" in all matters involving Michael Jackson's estate.

Katherine's lawyer, Londell McMillan, tells us Katherine called him the day Michael died, asking him to come to the house. McMillan says when he showed up the first weekend, Katherine and Joe expressed "concern" over the estate and hired him to represent Katherine's legal interests.

McMillan says Katherine will not challenge the will, but as far as the executors are concerned, he says, "She deserves a seat at the table at a minimum." McMillan would not say if Katherine merely wanted to be named as a third executor or whether she wanted to challenge John Branca and John McClain, the named co-executors.

Sources connected with Katherine claim she has already asked the co-executors to allow her to participate in the decision-making and her request was "rejected."

McMillan says neither he nor Katherine are pushing for Joe to become a co-executor.

McMillan, who worked for Michael Jackson during the last 3 1/2 years of the singer's life, also has repped Katherine on various business matters related to her son.

McMillan says he's "optimistic they can work things out, but I'm prepared to go the distance if Mrs. Jackson directs to do so."