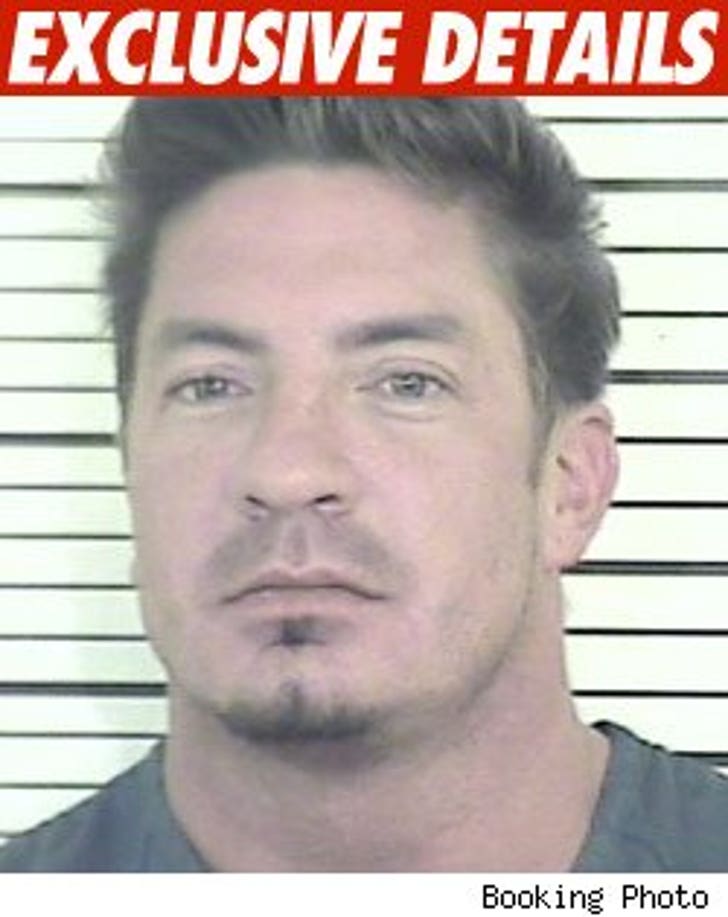 A former WCW Tag Team Champion was arrested this weekend after he allegedly put the wrong person in a choke hold ... his girlfriend.

Sean Haire
-- aka Sean O'Haire -- was arrested early Sunday morning for battery and criminal trespassing after his girlfriend told cops he violently attacked her at her home in Savannah, GA.

According to the police report, the woman claims Haire -- who's now a 6'6" tall, 270 lbs MMA fighter -- stormed downstairs unprovoked and "started screaming and throwing items around her."

Moments later, Haire's girlfriend claims he "began to choke her while calling her a bitch and a whore."

According to the report, Haire's girlfriend said she "does not know what caused the sudden attack, but that it has happened in the past on several occasions."

The woman eventually ran outside and called the cops -- and Haire was arrested and thrown into the Chatham County Detention Center ... where he had the opportunity to pick on someone his own size.