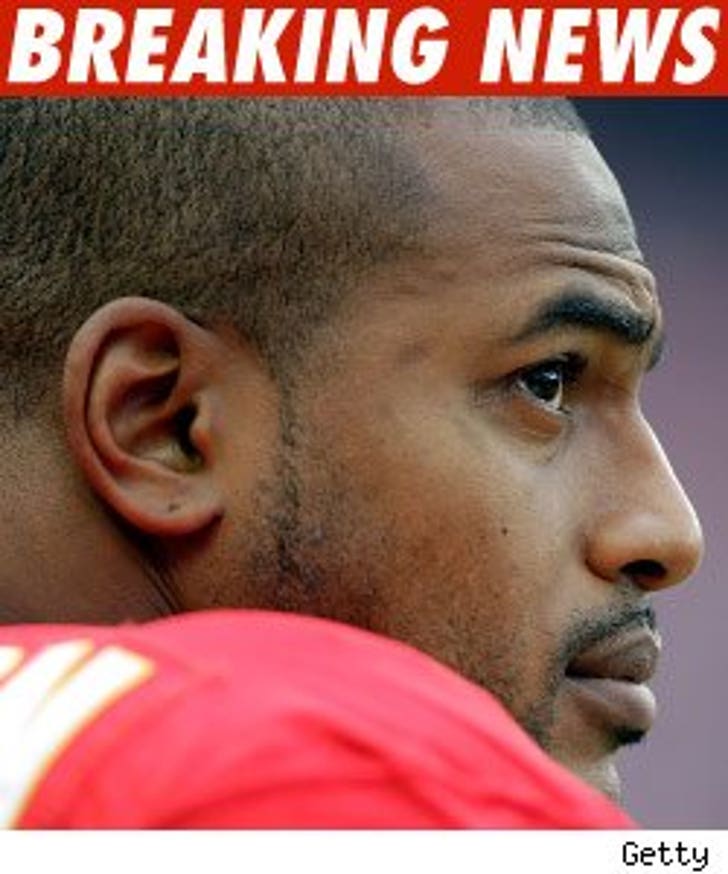 The Kansas City Chiefs have officially kicked Larry Johnson to the curb -- cutting the running back from the NFL team in the wake of his gay slur scandal.

Johnson was just 75 yards away from becoming the team's all-time leading rusher when he was suspended last month, and now it seems he'll remain number two.

The move to chop Johnson gives Chiefs fans one thing to cheer about this season -- in the last few days, tons of KC fans signed a petition to get rid of the running back.

Johnson had used the homophobic f-word in verbal attacks twice in two days -- he also publicly ripped the team's coach.

He also sucks now ... so the team should be better off without him anyway.