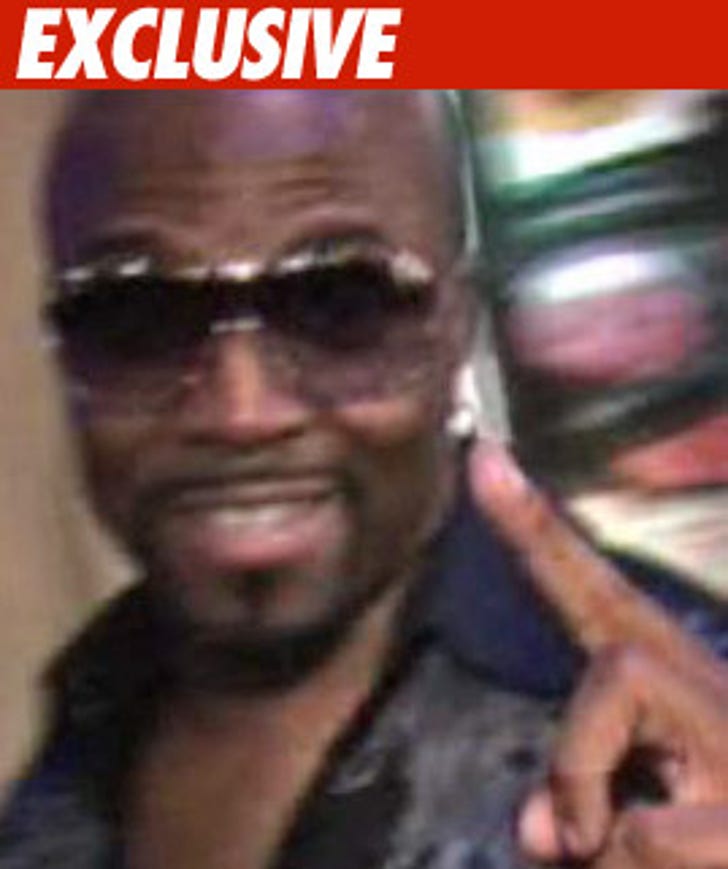 Teddy Riley, a singer from the group "Blackstreet," claims he never carried out any sort of attack against his daughters -- but admits the only thing he's guilty of ... is over-spoiling his kids.

As TMZ first reported, one of Riley's adult daughters obtained a restraining order against him, claiming the singer beat her and her sister and threatened to hurt them with a guitar from the video game Rock Band earlier this month.

But in a statement to TMZ, Teddy flat-out denies the allegations -- and insists the entire situation arose because his parenting techniques allowed his kids to have "an inflated sense of entitlement and expectation."

Due to recent events, I am compelled to respond in detail to accusations made against me, by my daughters.

I love my Daughters, but I will not allow my children to disrespect me in my home. Contrary to what I have been accused of, I would never beat my children.

Perhaps, I should have been a stronger disciplinarian as they were growing up. I worked very hard so that my children would want for nothing.

In hindsight, I see that it was a mistake to give them everything they wanted so that they could have the childhood I never had. Unfortunately, they have taken me, and the privileged life I have given them, completely for granted.

Instead of being appreciative and realizing how fortunate they are, my children have an inflated sense of entitlement and expectation without having to work or earn their way.

However, my 'children' are no longer children, they are adults and I am trying to instill in them values and a work ethic of their own. My mother always told me "too many grown people can't live in one house" so I encourage them to have their own homes if they cannot abide by the rules of mine. I am not an uptight Dad, I am as hip as they come but I will not tolerate being taken advantage of or disrespected, especially in my home.

I've been working since the age of 14, I bought my first car by myself. Nobody gave me a car. My kids don't even remember their first car. I grew up with 6 of us in an apartment fighting over one bathroom. My kids have never had to share a bathroom, let alone a bedroom.

I'm asking everyone to let this one go... I'm only being a good parent. I'm a great father and everyone who knows me, knows this is true.

Thank you so much,

With all my love,
Teddy Riley