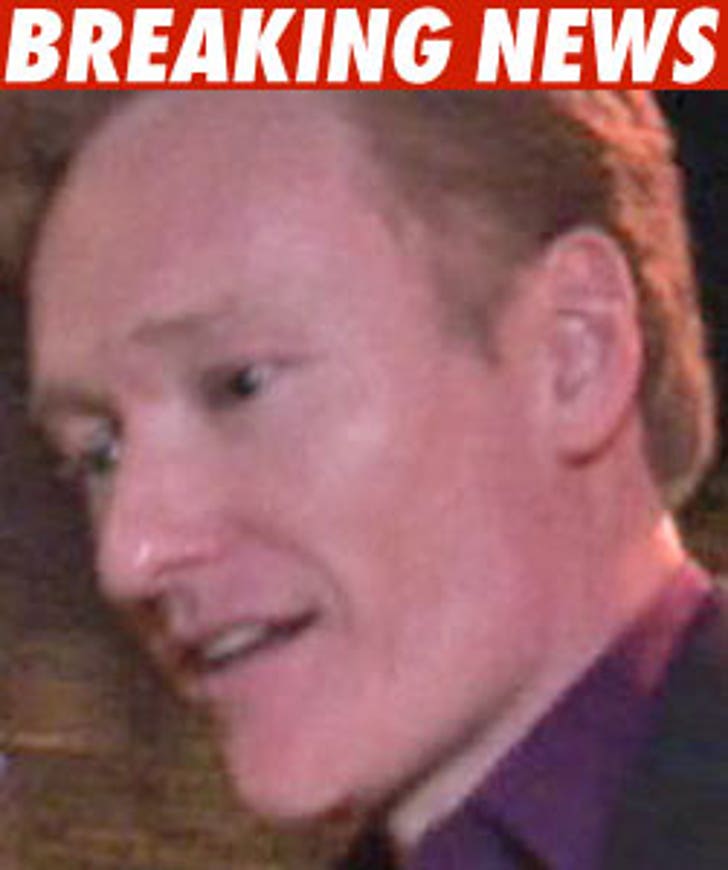 NBC may have defanged Conan O'Brien by getting back in bed with him.

The network just picked up an hour-long pilot produced by Conan O'Brien's company, Conaco, according to The Hollywood Reporter.

The pilot -- "Justice" -- is centered around a Supreme Court justice who resigns from the Court to open a private law practice.

So Conan -- who would have put NBC on the no-fly list if he could -- apparently isn't that bothered about doing business with the network he says screwed him.