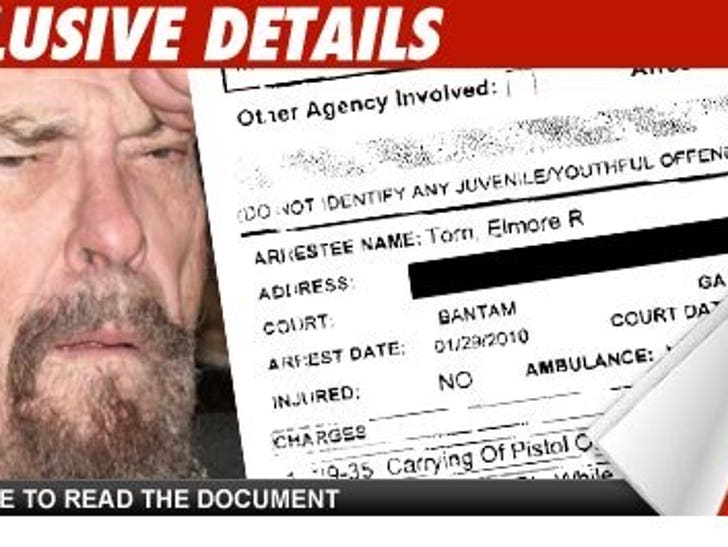 Rip Torn was arrested Friday night for allegedly breaking into a bank while drunk and armed with a loaded revolver.

State police responded to an alarm at the Litchfield Bancorp building in Salisbury, CT at 9:40 PM last night. Police say they found Torn "with a loaded revolver" and he was "highly intoxicated."

Law enforcement sources tell us Torn gained access through a broken window, which they believe Torn broke himself.

Torn was taken to the Troop B barracks in North Canaan and is being held on $100,000 bond.

According to the Register Citizen, he is scheduled to appear in court on February 1.

Rip has had previous alcohol-related arrests -- one of which yielded the greatest mug shot in the history of mankind.