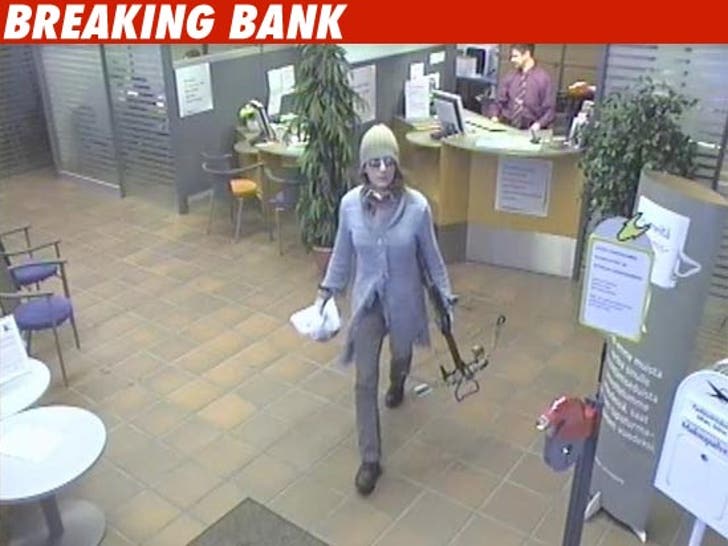 It's like a real life Robin Hood -- some schmuck in Finland robbed from the rich (a bank) and gave to the poor (itself) and did it all with a spring-loaded bow and arrow. 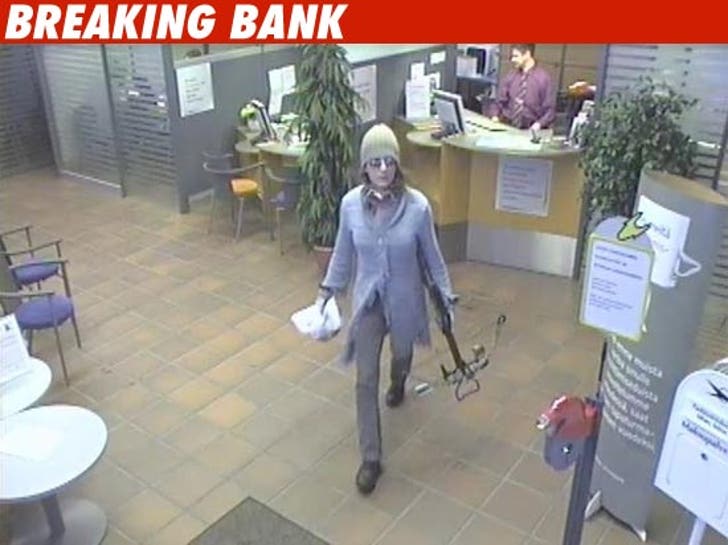 And there's another catch: Cops are unsure if the suspect, who's still at large, is a man or a woman. Officials in Finland tell TMZ the suspect was dressed like a woman ... but spoke like a man.

One thing's for sure -- it sure takes balls to rob a bank in broad daylight with medieval weaponry.

FYI: It seems the scheme worked -- the robber reportedly got away with the equivalent of around $6800 in cash.