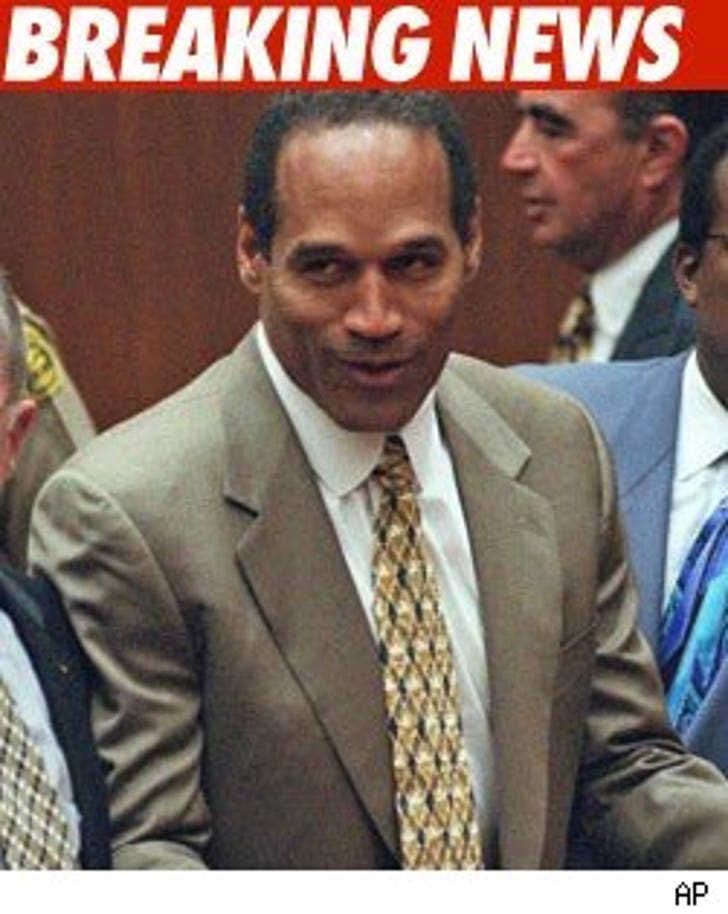 The suit famed killer OJ Simpson wore when he was acquitted of murder may be going to the Smithsonian Institution.

After a court hearing today, and after years of squabbling, lawyers for Simpson and Fred Goldman agreed to donate the "acquittal suit."

The judge called Simpson from prison, where he's serving time for armed robbery and kidnapping, to get his approval. Simpson's lawyer said his client agreed, provided that no one make money off the threads.

David Cook, attorney for Goldman, says, "The donation to the Smithsonian of the acquittal suit puts front and center the shock to America when justice escaped the Los Angeles courthouse. The memory of Ron Goldman shall be on permanent display."

Cook added, "If the suit is the emblematic of justice gone berserk, justice is served."

No word if the Smithsonian will accept the suit.