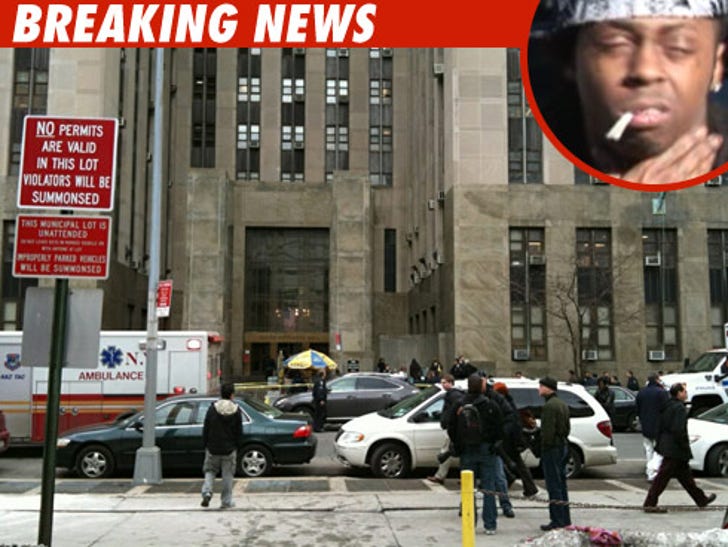 Lil Wayne won't be going to jail today after all -- his hearing was just postponed due to a fire in the courthouse where he was scheduled to be sentenced. 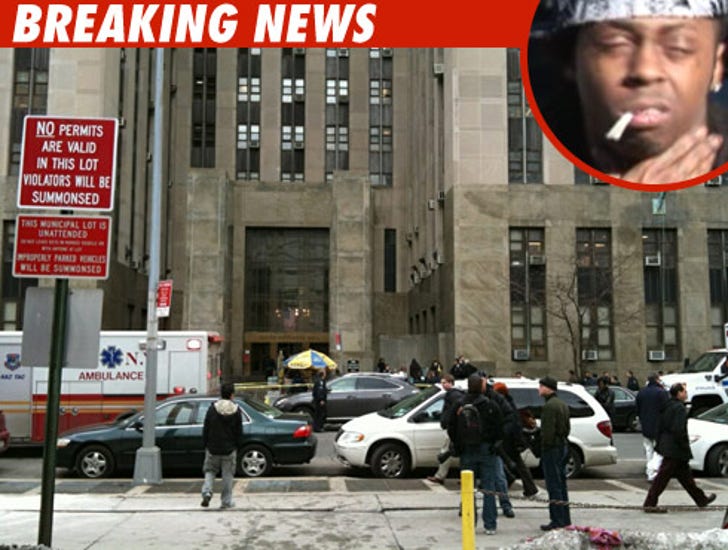 We're told the fire occurred in the basement of the Manhattan Criminal Court building at 10:29 AM ET sending smoke throughout the building and causing a complete evacuation.

The fire was under control by 11:55 AM ET -- but the damage was done ... because Lil Wayne's attorney says the courthouse has now been shut down for the rest of the day.

Wayne -- who pled guilty to attempted weapons possession last year -- was supposed to be sentenced last month ... but the rapper was able to delay the hearing until today so he could have dental surgery on his grill.

Wayne's attorney tells TMZ the rapper has no idea his sentencing has been postponed, because he's on a plane right now.

UPDATE 2:12 PM ET: A court official tells TMZ Wayne will be sentenced tomorrow ... unless the hand of God comes down and saves him yet again.