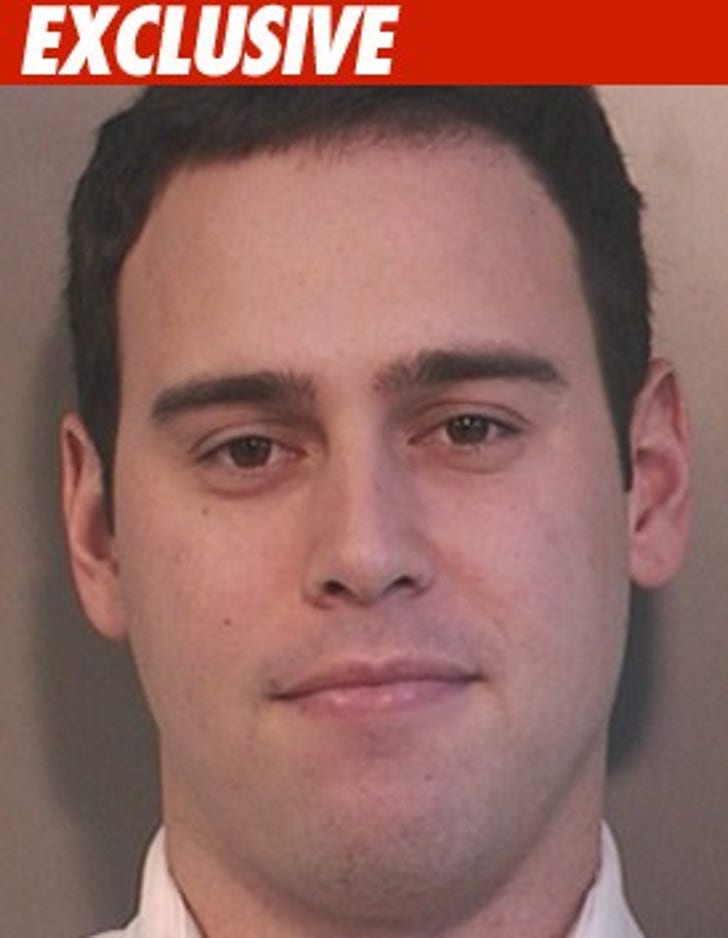 TMZ has obtained the mug shot taken when Justin Bieber's manager turned himself in to police earlier this week over a Twitter-related incident.

As we first reported, Scooter Braun was wanted on two misdemeanor charges for allegedly refusing to listen to cops last year when they asked him to post a Tweet letting rampaging Bieber fans know that a mall concert had been canceled.

Justin is currently running an adorable little t-shirt protest to show his support for his manager.

Braun pleaded not guilty to both charges.