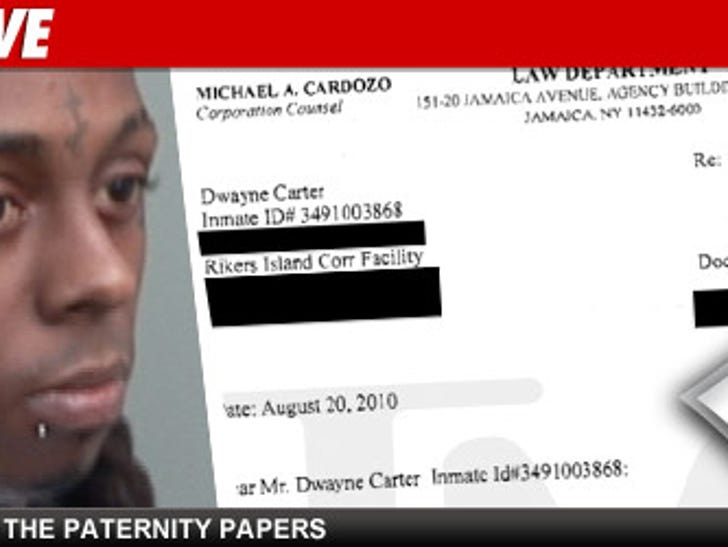 Lil Wayne may have a lil illegitimate kid running around -- this according to a Missouri woman who hit Weezy with paternity papers while the rapper was serving time at Rikers Island.

Weezy -- who's already fathered 4 kids that he's aware of -- allegedly sired another child back in 2002 ... and now the 8-year-old's grandmother obtained a court order requiring Wayne to submit to a DNA test.

According to the legal papers, obtained by TMZ, Weezy was supposed to get tested before September 10, 2010 ... but since he was behind bars at the time he got the letter (dated August 20), the judge pushed the deadline to December 9.

The woman going after Wayne doesn't explain why her daughter isn't pursuing the test herself -- in fact, the birth mother's name isn't even listed on the documents.

Calls to Wayne's camp have not been returned. 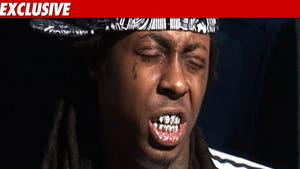 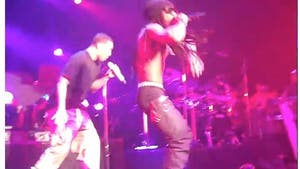 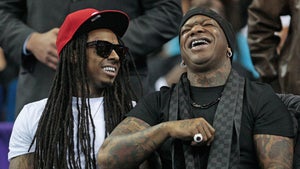