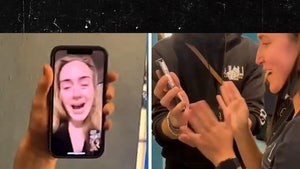 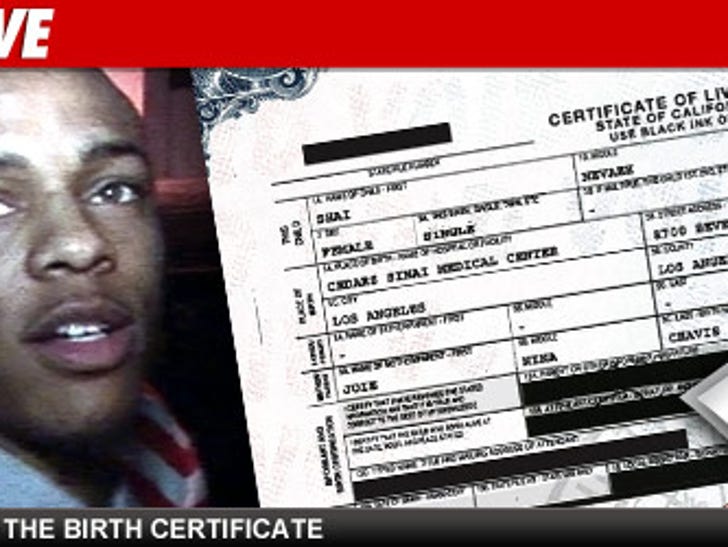 Bow Wow's baby mama was so pissed that he was MIA during the birth of their baby, and the days that followed -- she 86'd him from the baby's birth certificate.

Joie Chavis tells TMZ ... she was shocked that B.W. wasn't there for her when she went under the knife for an emergency C-section on April 27. And if Bow Wow's excuse was squeamishness, it didn't explain his absence in the days that followed.

He finally showed up on the 6th day of the baby's life, to take them home.

Pissed as she was, Joie tells us Bow Wow has turned it around and now is all about baby Shai.

Joie says she's now willing to let bygones be bygones and put Bow Wow on the document, but it's going to take a judge to make that happen. 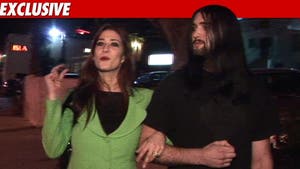 Weston's Wife -- I AM Pregnant and I DRANK Anyway