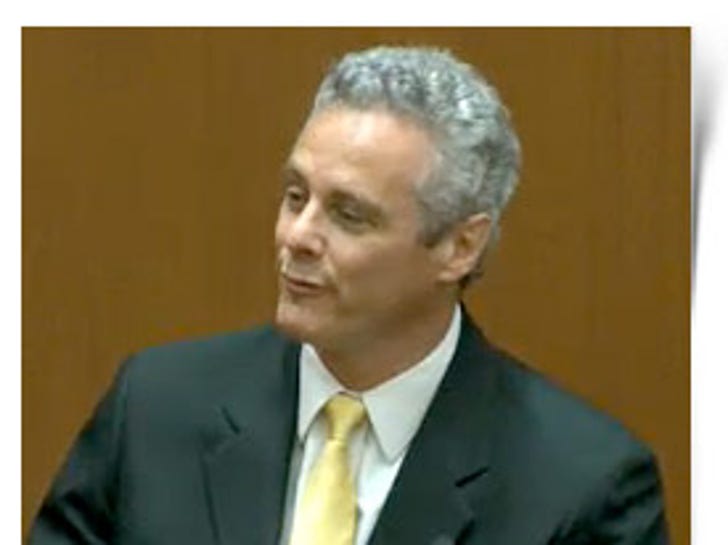 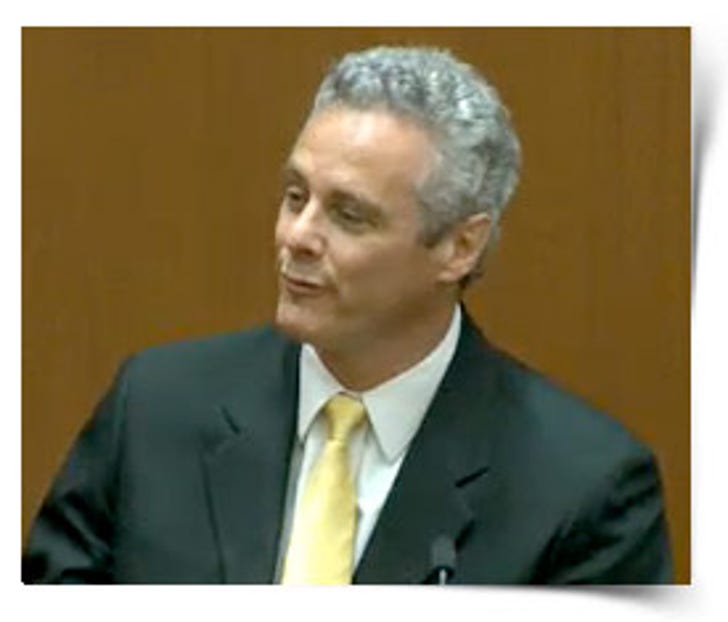 Dr. Alon Steinberg -- one of the leading cardiologists for the California Medical Board -- just told the jury ... Dr. Conrad Murray demonstrated an "extreme deviation" from standard practices in his care for Michael Jackson.

* Dr. Steinberg made it clear he is a cardiologist... not an anesthesiologist.
* Steinberg testified he reviewed Murray's case relying solely on transcripts from his police interview because he wanted "to judge Dr. Murray onhis very own words."
* He found 6 separateand distinct deviations of standard of care – each one amounting to "gross negligence."
* Steinberg said Propofol should only be used for procedures in a hospital and should never be used for sleep.
* According to Steinberg, Murray lacked basic equipment to keep the singer alive in case of emergency.
* Murray should have had an assistant at all times.
* Murray should have called 911 immediately.

* Steinberg said after calling 911, Murray should have given bagged him with an ambu bag, then administered Flumazenil ... Instead, Murray went for chest compressions, which MJ wouldn't have needed if he was stillbreathing.
* When Murray did finally call for help, he phoned MJ's assistant ... which caused further delay.
* Steinberg told the jury that "for every minute of delay there's less and less chance the patient will survive."
* Steinberg called Murray's behavior "bizarre."
* Murray did not take notes. This is important, not only for insurance and legal purposes, but also to make sure everything is documented so that no mistakes are made.
* Steinberg said Murray's breeches in care "directly contributed to the untimely death of Michael Jackson."
* Steinberg condemned Murray for leaving the singer alone unsupervised, saying "it's like leaving a baby that's sleeping on your kitchen countertop,"
* He said, according to the transcripts, Murray gave MJ a drip of Propofol the night he died ... in ADDITION to the 25 mg. he gave him initially.
(during cross-examination, Murray's lawyer argued Murray never mentioned when describing the night of June 25th. After an longback-and-forth, Steinberg shrugged, "Can we agree todisagree?")
* Murray's lawyers asked Steinberg if it was possible Murray left the room for more than two minutes ... suggesting the doc may have had his timetable confused.
* Dr. Steinberg made it clear ... MJ would be alive today if Murray had simply called 911 right away.