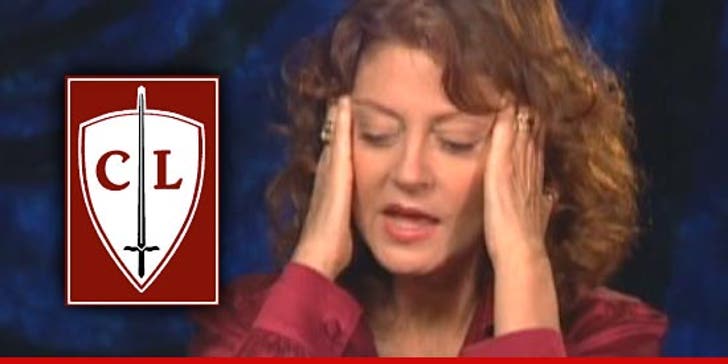 The largest Catholic civil rights organization in the United States is lashing out at Susan Sarandon for referring to Pope Benedict as a "Nazi" this weekend -- calling the comment, "positively obscene."

TMZ spoke with Bill Donohue, President of the Catholic League, who told us, "Susan Sarandon's quip about Pope Benedict XVI being a 'Nazi' bespeaks unparalleled ignorance."

Donohue adds, "Joseph Ratzinger (the pope) was conscripted into the Nazi Youth the way every other 14-year-old German boy was at the time. Unlike most others, he not only refused to go to the compulsory meetings -- he actually deserted the Hitler Youth! Which is precisely why Jews today regard him as a friend, not as an enemy."

"In short, what Sarandon said is positively obscene."