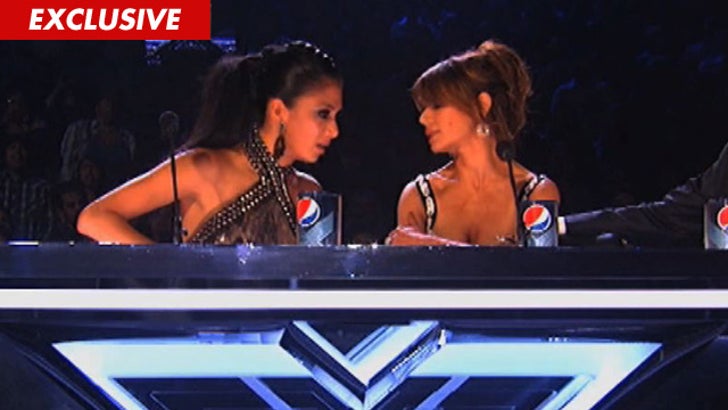 Paula's mic was down when Nicole was making her decision -- but with a little volume tinkering ... you can clearly hear Paula whisper to Nicole, "Just let it go to a deadlock."

Nicole did just that ... a decision that sent Rachel Crow packing -- and resulted in a torrent of death threats from angry fans everywhere.

Everyone's blaming Nicole, but the audio raises the question -- is Nicole really at fault for sending Rachel home? So we gotta ask ...