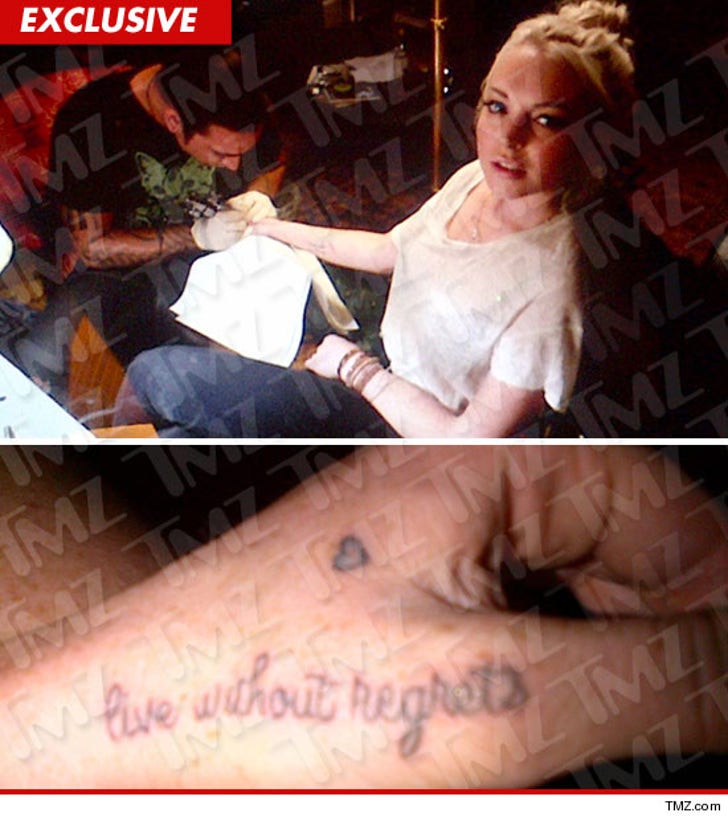 Lindsay Lohan is a fan of tattooing words on her body -- because just a few months after she got a Billy Joel song lyric tattooed on her rib cage ... she got a much smaller saying on her left wrist.

According to our sources, LiLo hit up a tattoo parlor on Friday night to get the work done. The impetus for the new ink, we're told, was Lindsay's feeling that she's at a great point in her life ... and she wanted to do something she'd always remember.

Our sources say Lindsay is excited for March 29 to come, because that's the day she will be done with her court-ordered community service.

Perhaps from then on, she won't do anything anyone would regret.