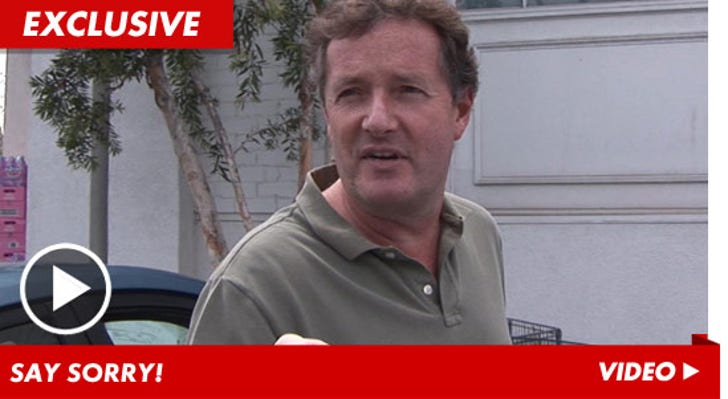 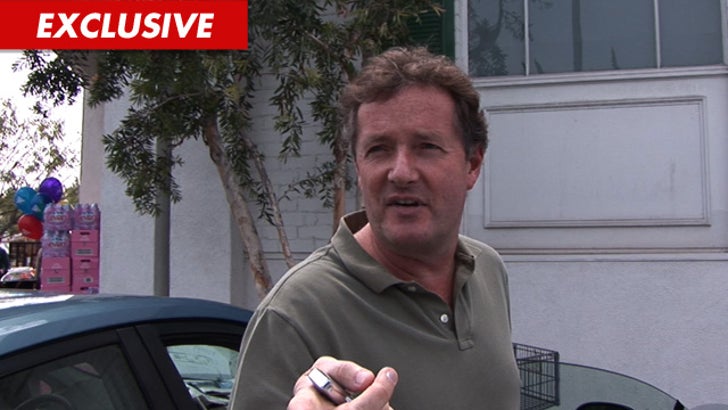 Piers Morgan wants Madonna to "get down on bended knee" and apologize to him ... on TMZ -- all because of a mystery feud that blew up on the Internet this week.

Madonna's manager Guy Oseary thumbed his nose in response, tweeting back Madonna had already been invited to Piers' UK show -- so Piers extended the ban worldwide.

Piers refused to elaborate on what's really behind the feud -- on his way out of an L.A. supermarket today -- telling us, "It's a private spat." (Piers also doesn't return his shopping cart to the cart corral in the parking lot ... but that's another issue.)

Piers added, "Madonna can come on [my] show, but she has to get on bended knee and apologize to me ... on TMZ."

But he probably won't get his wish -- because a source close to Madonna's management tells TMZ, "Piers is delusional for feuding with Madonna. He isn't even on Madonna's radar. The UK invitation speaks for itself." 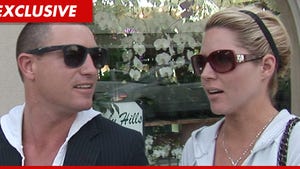