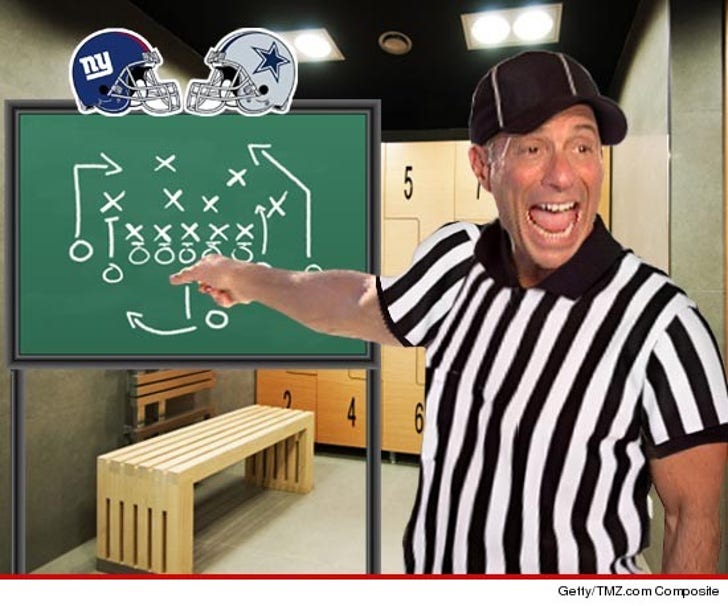 Harvey Levin ... is no Chris Berman ... but he does have a 50% chance of picking an NFL winner every week ... and starting today, TMZ is going to test out his prescientness on one key matchup.

And since the season kicks off tonight, H.L. is weighing in on the New York Giants vs. The Dallas Cowboys.

Warning -- Harvey has never watched an entire football game in his life.

Harvey on Eli Manning --"I think Eli Manning has an exceptional amount of confidence that can only come from winning 2 Super Bowl rings. I think that confidence is not only good for him but for everyone around him."

Harvey on DeMarco Murray -- "I love his name."