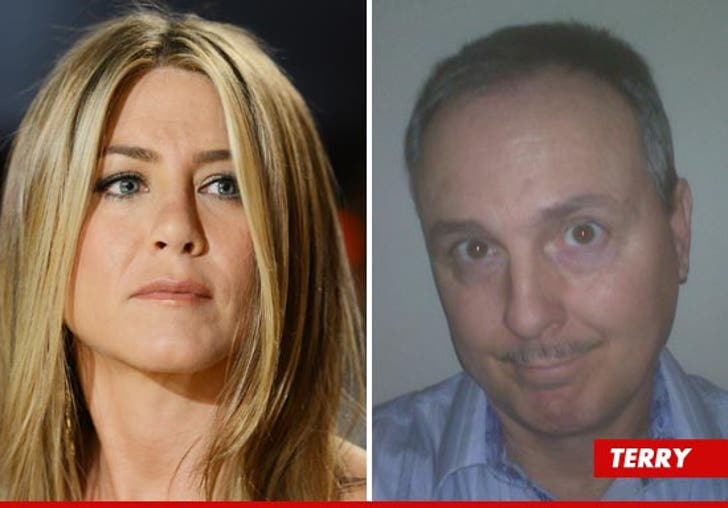 An ex-employee of a New Mexico hotel claims he was FIRED for talking about Jennifer Aniston to hotel guests while she was staying on the property ... even though all he said was that she's "very sweet."

A man named Terry Siegler says he worked at the Encantado Resort in Santa Fe as a shuttle bus driver -- but as of Monday, he was no longer employed ... because he allegedly violated the hotel's confidentiality policy regarding famous people.

Terry tells us, the alleged violation occurred last week when he was shuttling random hotel guests who had just seen Jennifer Aniston in the hotel spa.

Terry says the guests asked if he had seen Aniston, and he replied yes, telling them Aniston is "very sweet and much more petite than I thought."

According to Terry, the guests then went back to the hotel where they openly yakked about their discussion with him -- and a member of Jen's camp overheard them, believing Terry was divulging information about Aniston to guests.

Terry says it's part of his job to engage guests and be friendly -- claiming, "They brought [Jennifer] up first ... Was I supposed to deny it?"

The GM of the resort tells TMZ, "I cannot confirm anything about our employees but I will say that we have a very strict confidentiality policy and we do enforce those policies."