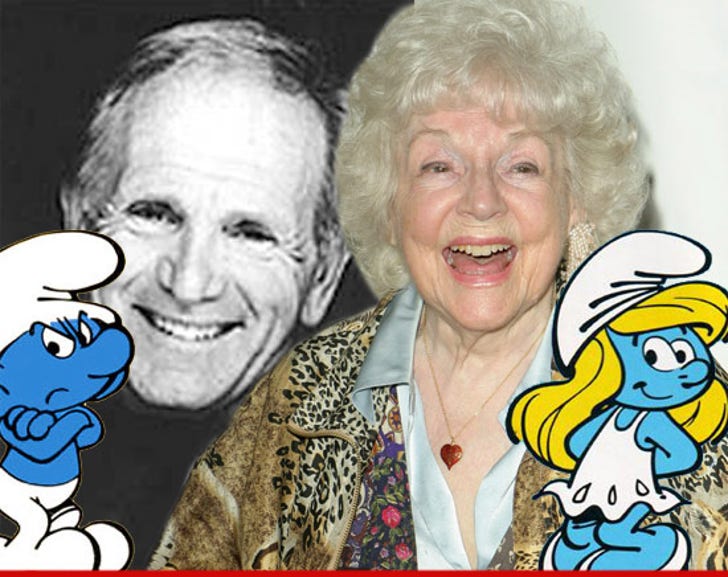 It was a sad day in Smurf Village earlier this month ... when the woman who voiced Smurfette moved on to that big mushroom patch in the sky ... and now one of her co-stars is honoring her Smurf life with a touching final tribute.

Besides Smurfette, Lucille Bliss did voice work for a ton of animated classics, including the Flintstones, 101 Dalmations and Cinderella. She passed away on Nov. 8 at the age of 96.

TMZ spoke to Michael Bell -- a.k.a. the voice of Grouchy Smurf, Lazy Smurf and Handy Smurf -- who tells us Lucille was so special to him, he penned the following note in her memory:

"Goodbye Lucille. You were the stuff Smurf dreams were made of. I know Lazy Smurf dreamed about you ... Handy Smurf made you lots of things you didn't need ... and Grouchy secretly had your pin-up calendar over his head."

"You had more energy and grit then all of us blue boys put together. You were the original Smurf 'It' girl ... and you will be sorely missed." 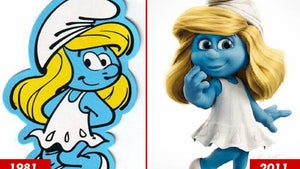 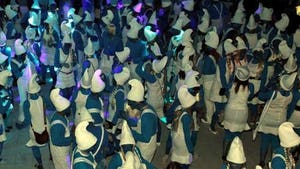